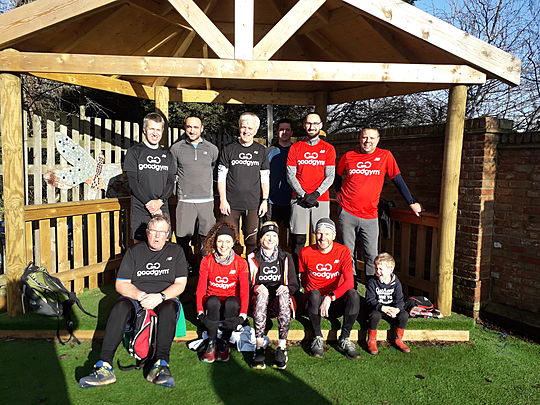 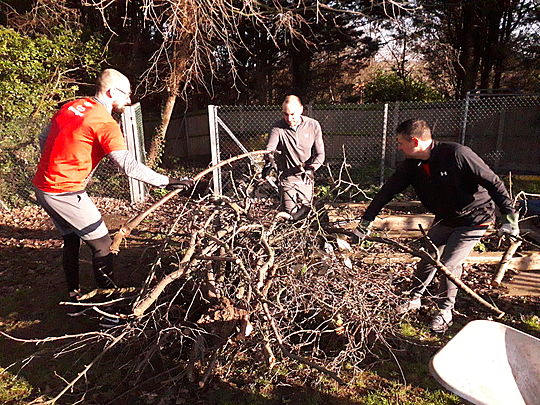 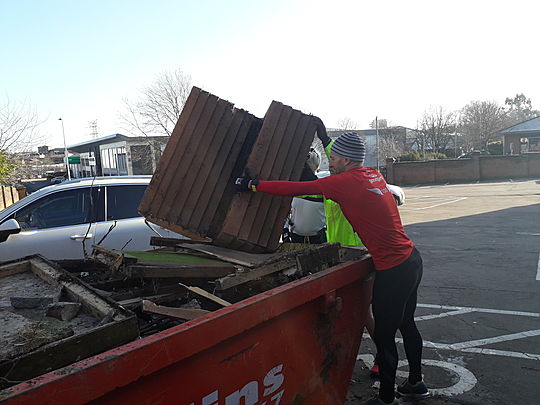 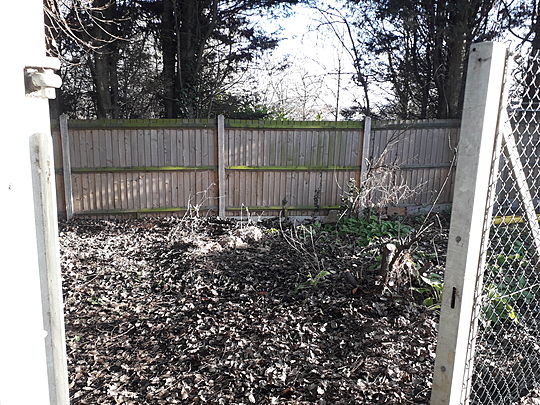 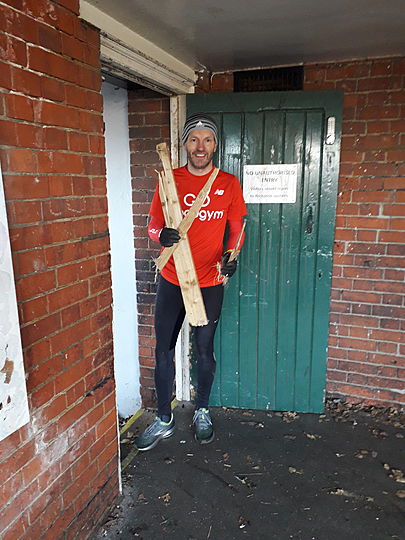 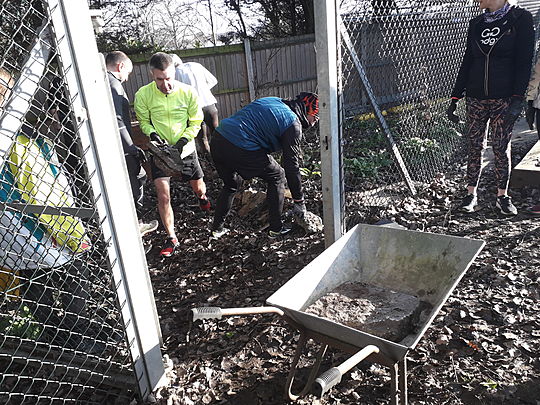 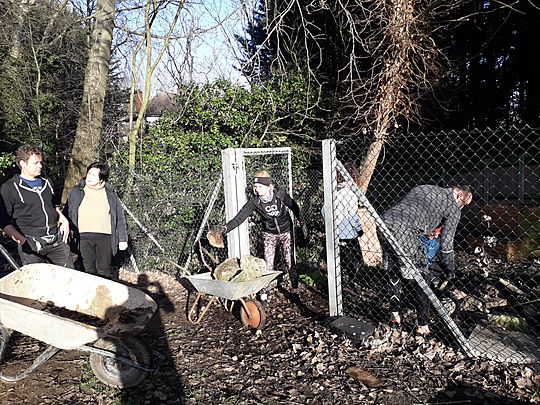 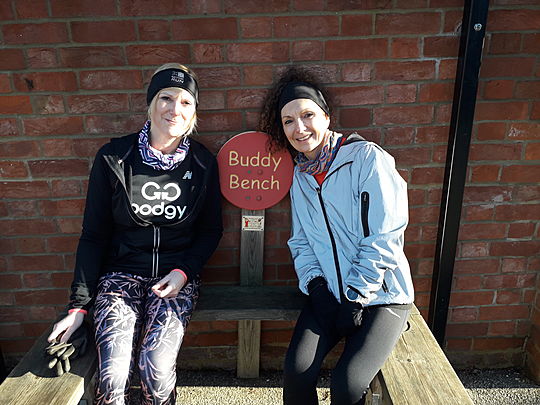 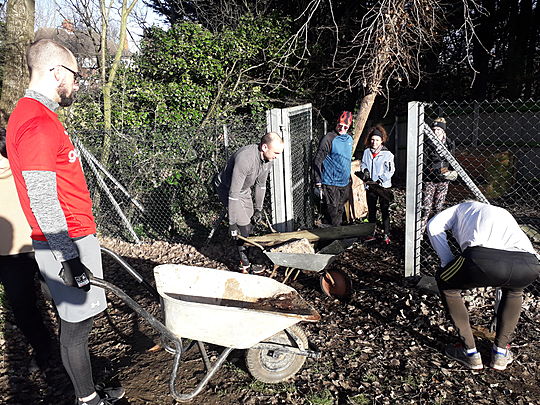 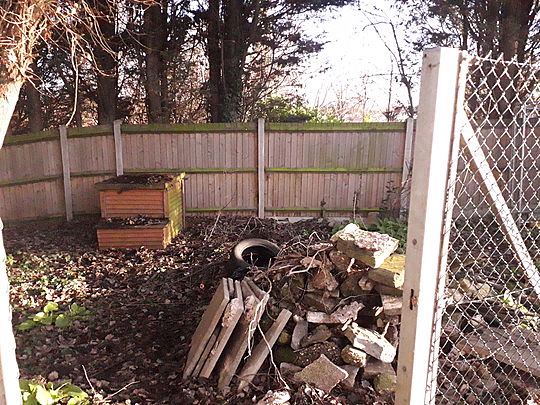 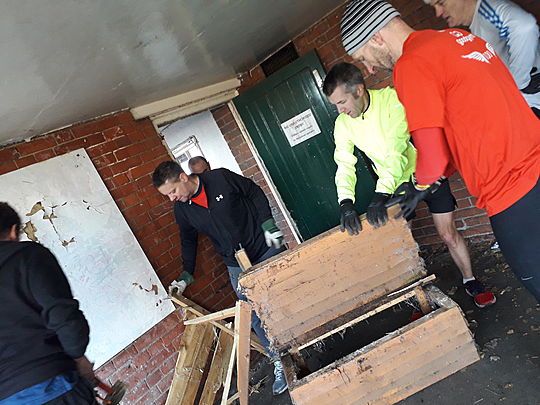 What a bright, sunny but chilly morning as we gathered in Christchurch Park after Ipswich parkrun for our January Starter Session.

It was mostly usual suspects but Robin joined us for his first Goodgym experience - good to have you join us!

We set off for Ranelagh Primary School at an easy pace with nearly all of the group having completed parkrun beforehand as part of recording breaking field of 590. Those hills are putting people off!

We were met at the school by Caretaker Phil (and his family)with a skip and a whole fleet of wheel barrows. The task was to clear some ground of cut down branches, rubble and and an old chicken coop. The aim being to clear the area so the school can take down some fencing and increase the are the children can play in.

It was quite physical - some of the rubble and slabs being heavy and loaded for transportation to the skip by wheel barrow. There was a constant train of barrows flying backwards and forwards across the playground to the skip.

As usual the Goodgym team got stuck in with tremendous enthusiasm and were cheered along by Issac (Phil's son and, I'm sure, a future site manager!)

The pile of rubble and trees were gradually decreased but the big wooden chicken coop was problem. The size didn't enable it to go through the small door from the playground to the skip. There were suggestions of throwing it over a 10ft wall at which point my risk assessment was being torn up!.

Thankfully Phil was able to find a large hammer and crow bar to break it apart and we could deliver bit by bit into the skip.

With the wooden coop gone the area was clear and the before and after photo shows the amount of work done. - Fantastic!

With parkrun already done the run back to the park was a social pace via the town centre before dispersing for breakfast!

Litter Pick on behalf of Rivercare