Cane you feel the love tonight? 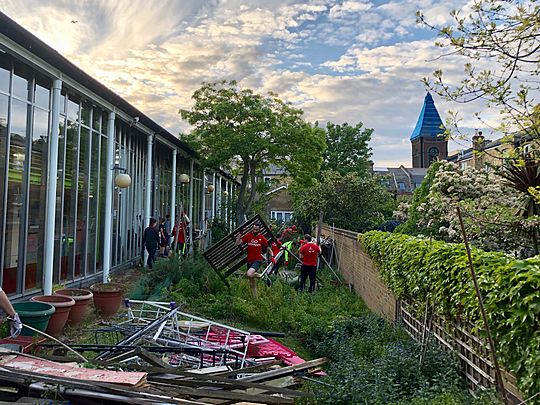 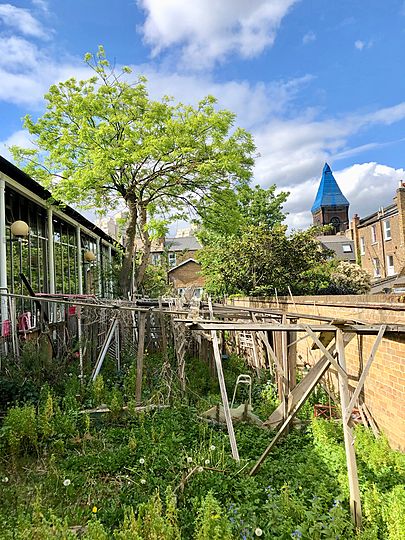 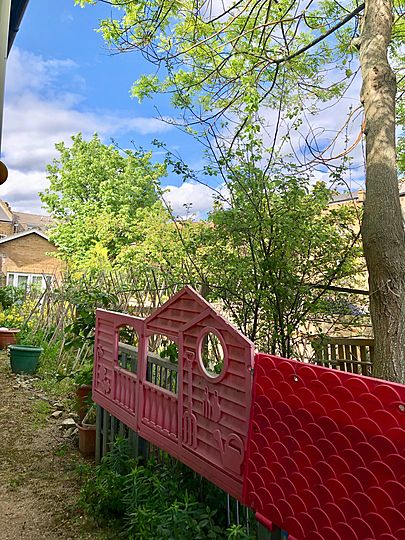 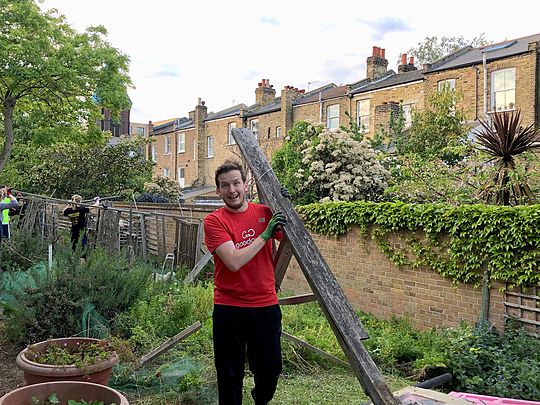 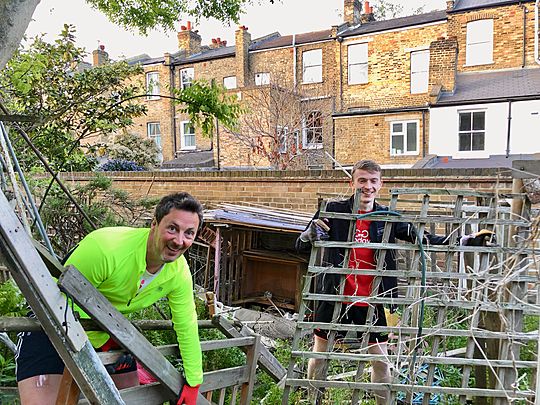 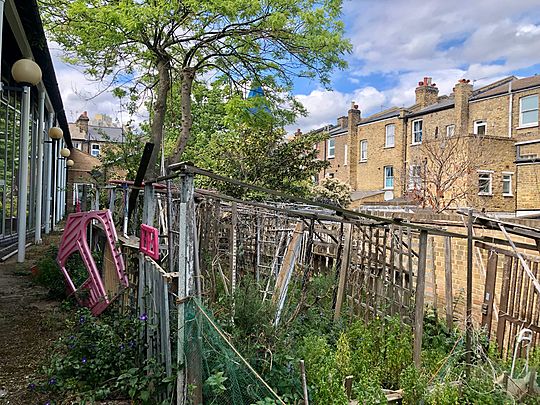 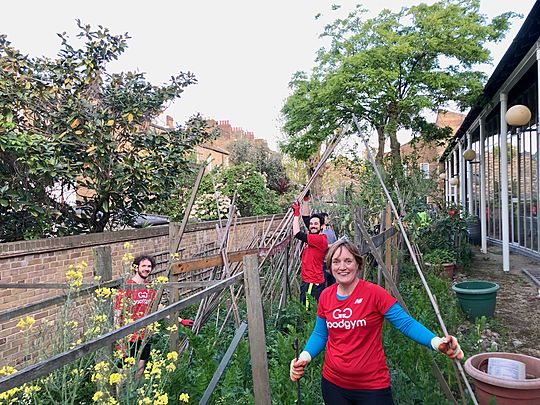 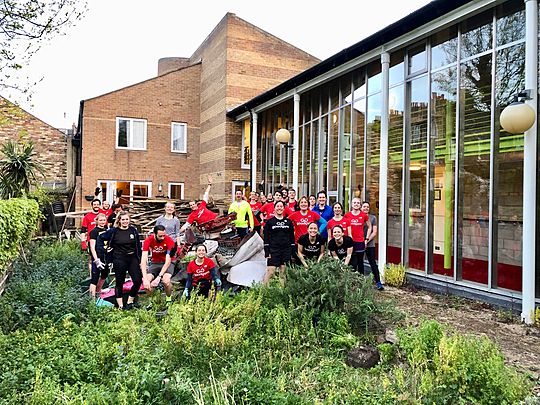 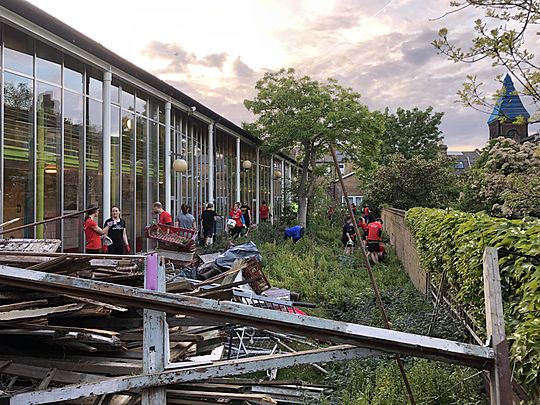 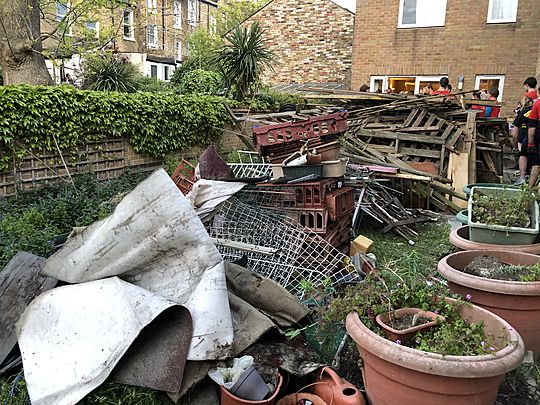 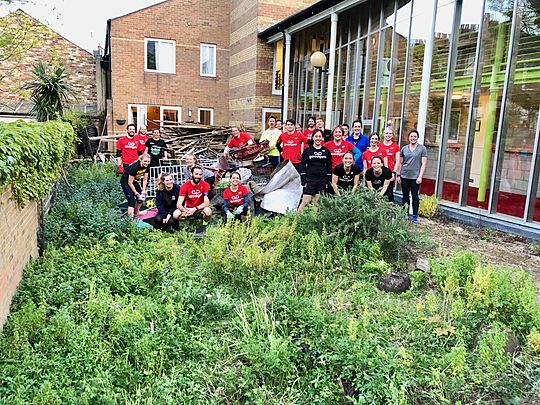 Last night was all about destruction; demolishing the remains of a dilapidated allotment space and a brutal game of Rock, Paper, Scissors.

After a quick briefing, including many a safety warning, we had a speedy warm up and set off to Lee Samuel House, a sheltered housing block, just a few hundred metres from Papa's Park.

Tom took a group on a 4k jaunt and the rest of us took a spiralling route round the houses. We all ran past David Bowie's birthplace but alas, we had no idea which house it was...!

When we arrived, Mandy from Notting Hill Genesis gave us the lowdown on the garden and how it was going to be transformed into a far nicer allotment, with raised beds and levelled ground so the residents could grow their own food.

The task ahead was a big one.

It was a huge space with a monumental amount of wood, metal, trellis, plant pots, canes, tyres, netting, planks, the walls of a childrens playhouse, pallets, bed frames, plastic, bricks, a frog, foam, carpet, rope, multiple large spiders, rods, crates etc. etc. etc. and a whole lot of weeds to avoid. And all this needed dismantling and sorting into piles.

With nothing but our hands and some gardening gloves we set to work. Everyone split themselves between different sections of the garden, working together to decide how best to break everything apart. As soon as one structure was taken down, we'd find something else underneath which needed dismantling. Wood was held together by stubborn nails, netting was wrapped around weeds and wooden planks seemed to have merged with the ground...

But there was nothing than could stop the undeniable force that is GoodGym Lambeth from getting the job done.

When everything was piled up, we took a quick group snap of our efforts and headed back to PAPA's. We had time for a quick game of rock, paper, scissors (lose - you sprint to the fence and back, win - you do a squat or a wall sit) and a nice long stretch to finish off.

Amazing work everybody, and nice to see some new faces to Lambeth! 👏👏👏 to Lucy and Julia who joined us for their first ever GoodGym run!

Next week it's a nice long run to the Portico Gallery in West Norwood! See you then. ✌️

Mostly runs for the train. On purpose obvs.