6 GoodGymers made their way 4.7km to help the Friends of Wandle Park in Croydon. 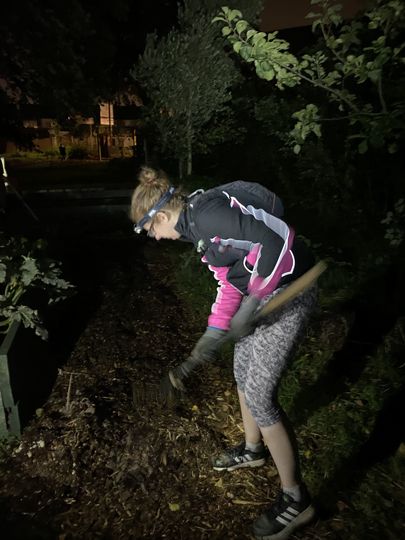 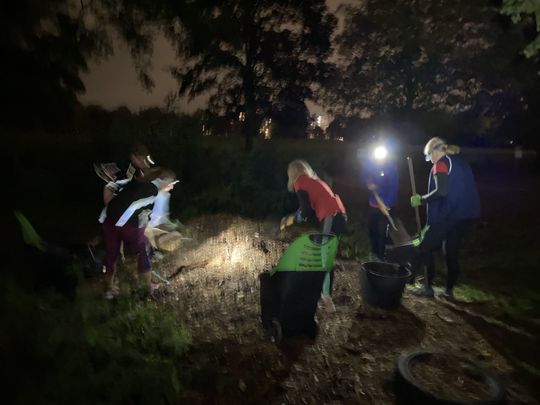 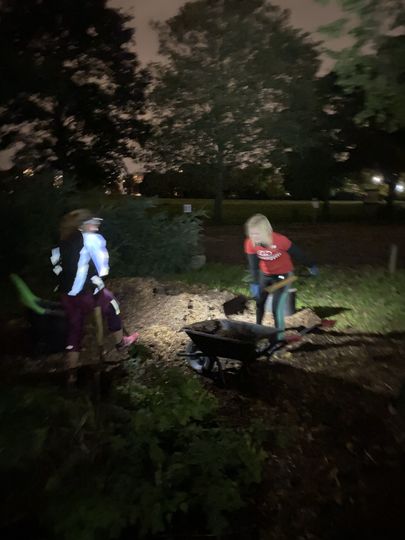 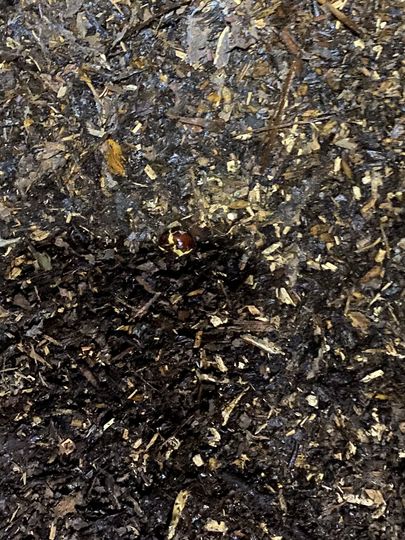 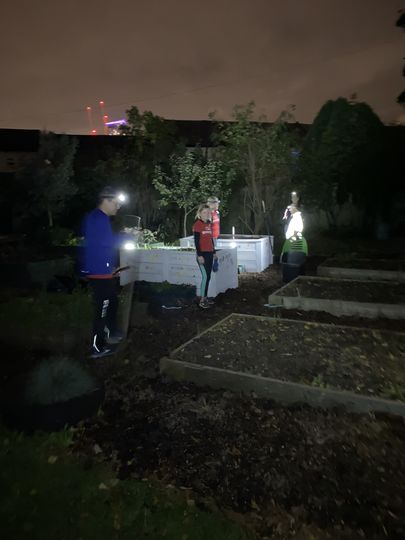 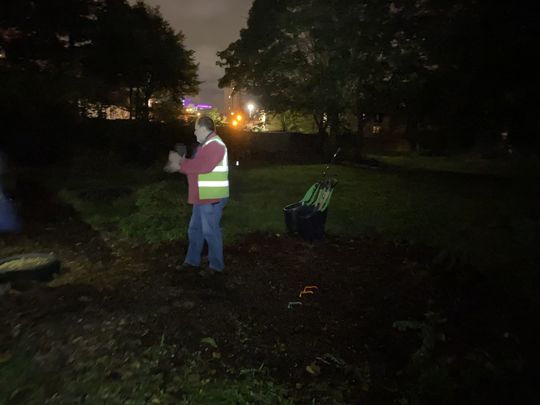 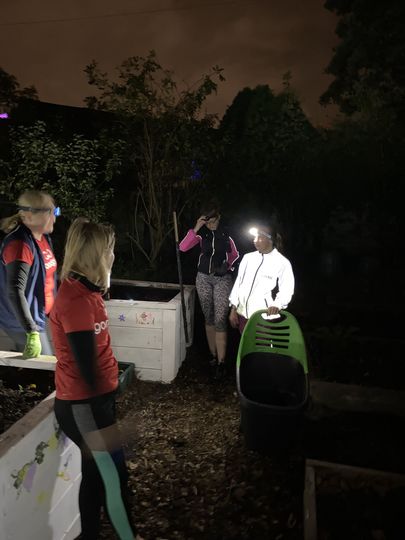 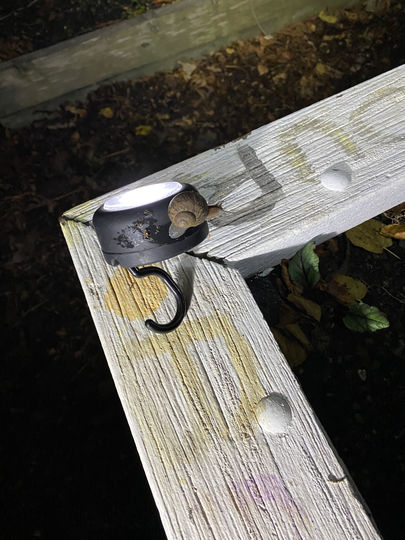 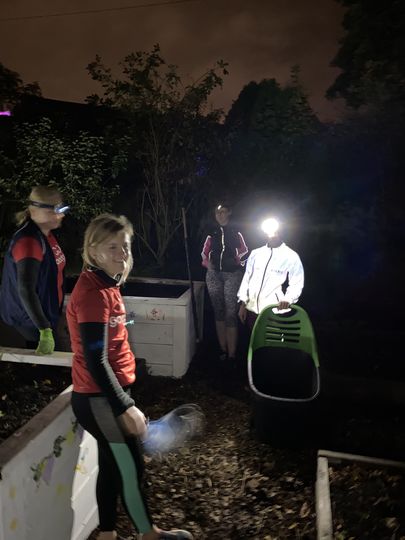 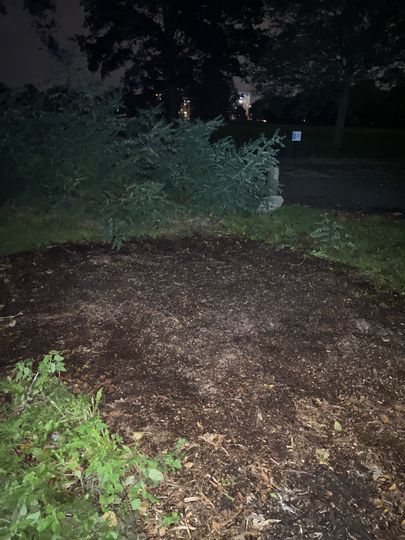 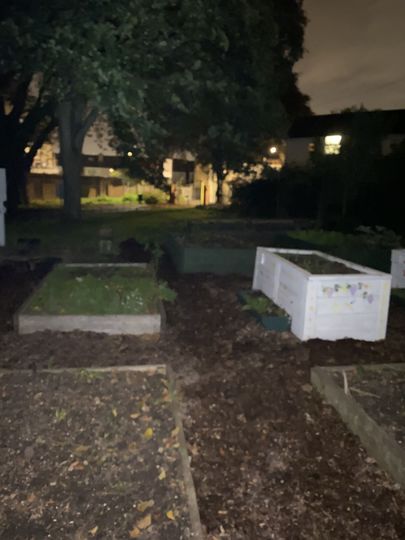 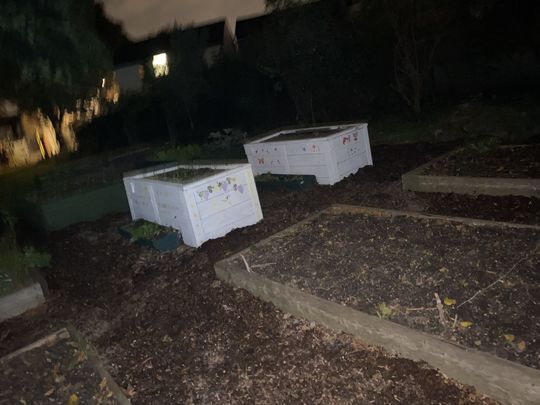 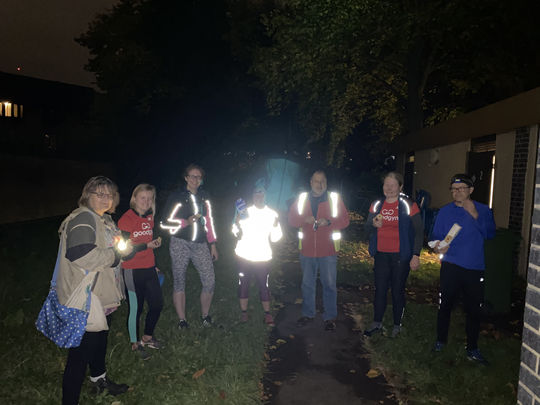 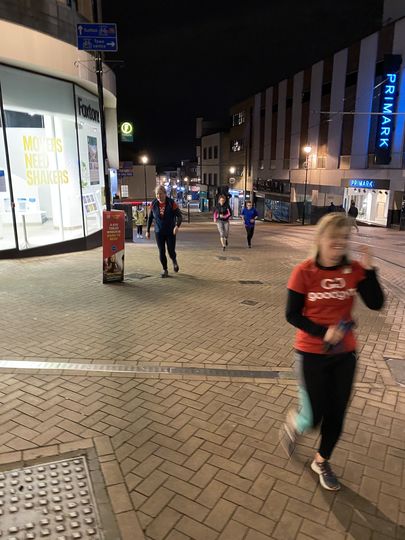 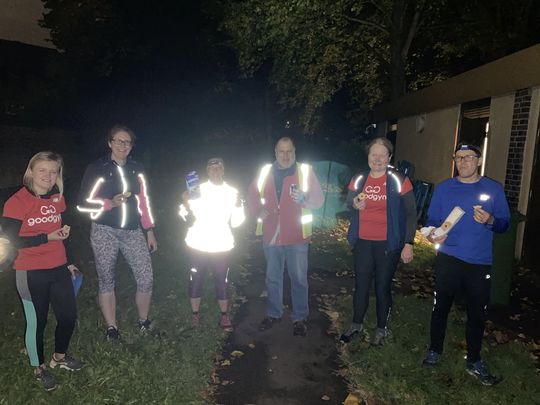 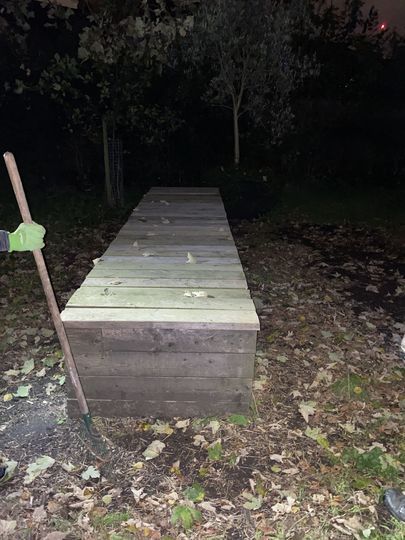 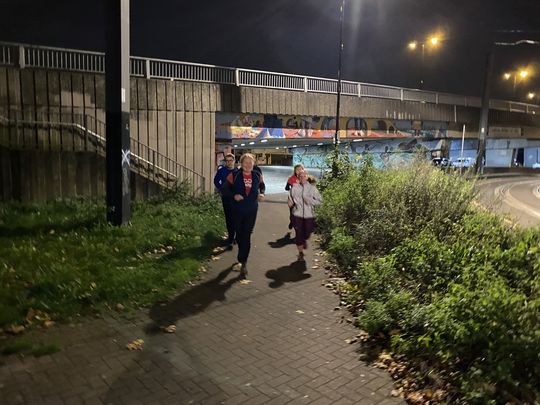 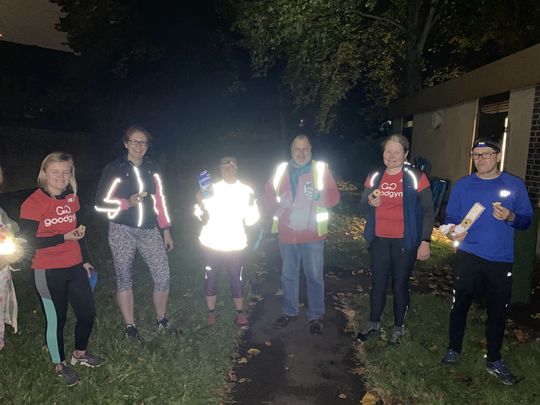 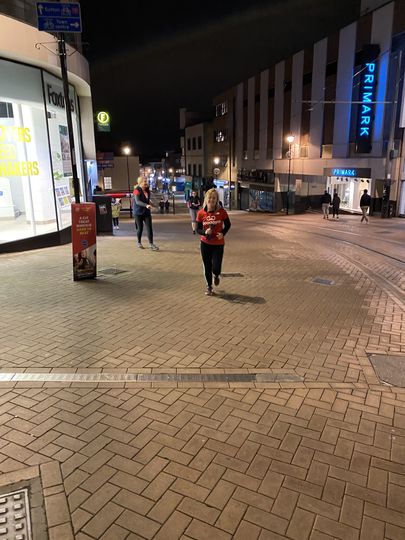 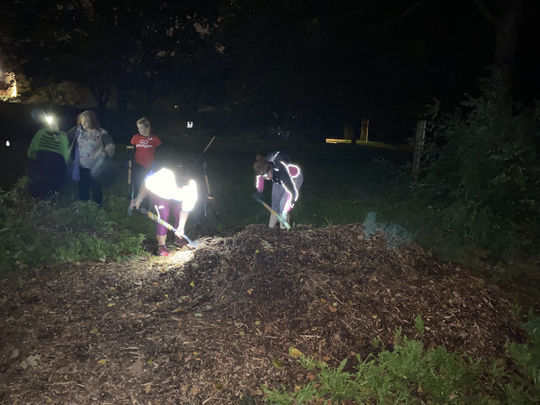 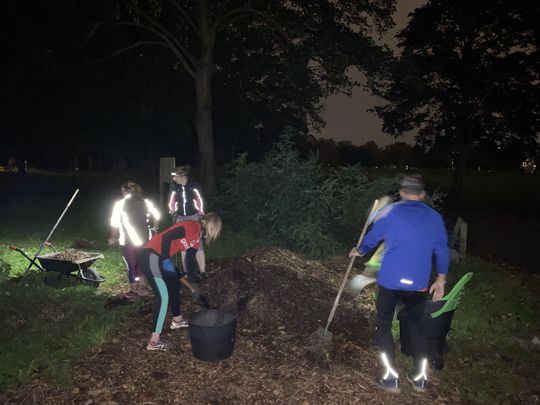 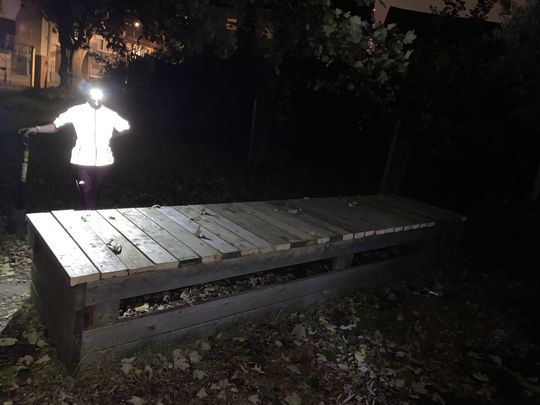 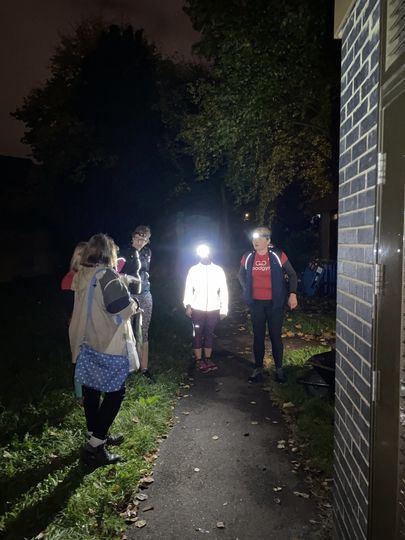 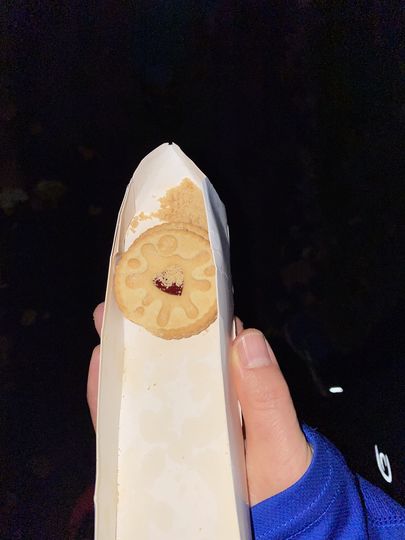 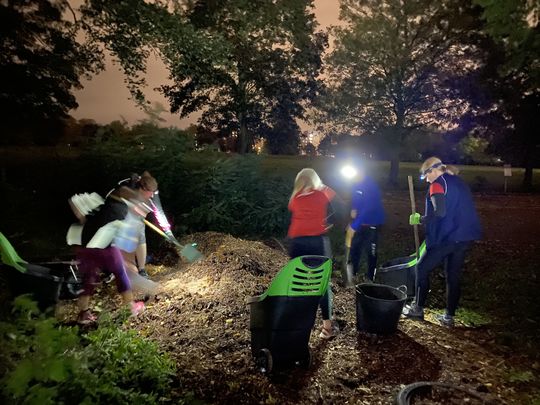 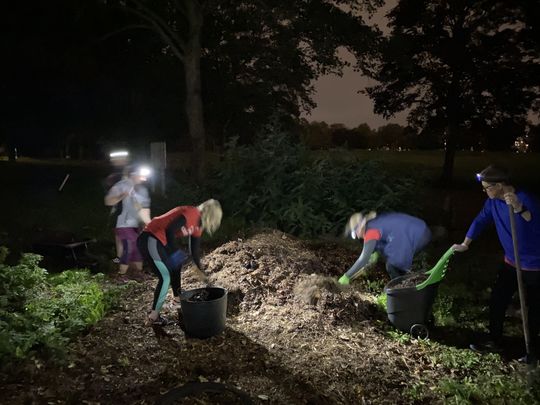 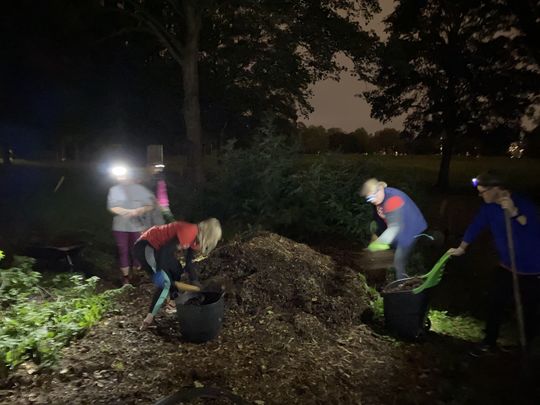 Last night 6 members of GoodGym Croydon met at solutions with the hope of celebrating Magda's birthday and we noticed she was signed up to the group run. Having spent my afternoon trying to find some form of vegan cake/cupcake with no success, and telling the group about my struggle I was reminded that Jammy Dodgers/Oreo were vegan, so I ran to the co-op to pick up a few packets. On checking the labels, I can confirm Jammy Doggers are vegan but Oreos are not but they are suitable for vegetarians.

The 6 of us completed our warm up before we set off on our jog to Wandle Park, Magda has been nursing an injury so we were expecting her to meet us at the park as she is currently unable to run.

We arrived at Wandle park just before 7:30, Catherine and another of the friends of Wandle Park volunteer was already there getting the shovels, rakes, wheel barrow and other containers together for us to use to shift the wood chip. We gave them a hand bringing the tools over and before we started Catherine was please to show us the table table that was made from the board of the planters we had emptied on a previous visit.

After admiring the upcycled wooden table we set of to the wood chip mountain and began to chip away at it. As usual we had that old tried and tested supply chain running, we had some digging and filling the various receptacles while some of us transported them to the area with the raised beds where others were busy spreading the wood chip.

Its getting hot in here!

If you cant take the heat get out the wood chip!

The heat is on!

Surprisingly the top layer of the wood chip mountain was wet but once we shifted the top layer we could feel the heat coming from the mountain. We had all dressed for a cold evening in the park but the heat from the wood chip had some of us sweating. Not that the heat from the pile was as hot at that of a volcano but it got the group talking about trips they have taken to Italy (Mount Etna) and New Zealand (Mount Tongariro). (Ingrid correct me if I'm wrong please)

Time was on our side and we managed to move all the wood chip, Catherine was very pleased with what we had done and thanked us for completing another task that would have taken her and the friends of Wandle longer to complete.

Catherine and the Friends of Wandle Park will be happy at what we accomplished on the night but but there will be a lot of unhappy squirrels later in the winter searching for the nuts that was buried in the wood chip pile.

Unfortunately Magda didn't make it to the task, who can blame her it was her birthday and we were surprised when we saw she had signed up to the task, but we were looking forward to see her. Although she wasn't there we sang her happy birthday before we tucked into the Jammy Dogers and Oreo cookies I had taken with me to celebrate her birthday. They were a nice little refuel before we started our jog back to Solutions with the though of running up the hill on Church Street.