4 runners ran to help the Perry Hall parkrun in Birmingham. 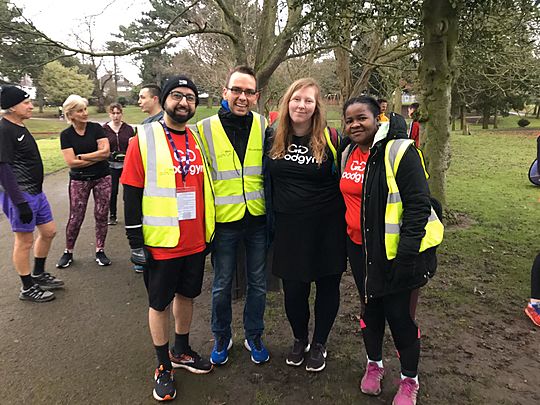 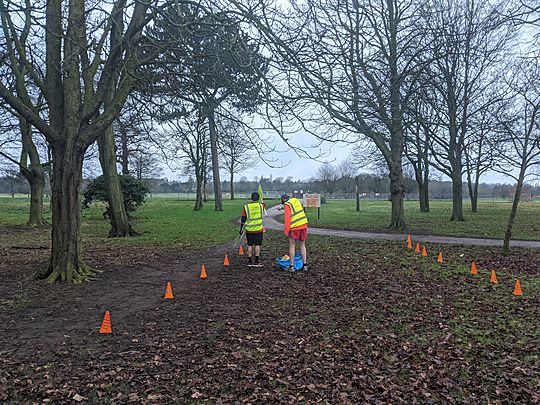 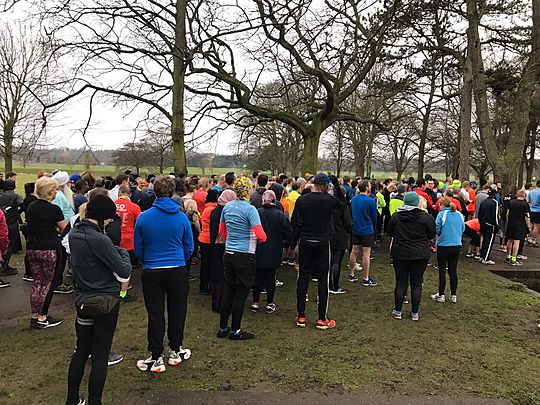 This morning, four GoodGymmers met up to volunteer at Perry Hall parkrun.

Aside from Birmingham regulars John and Tousif, Latoya and I wandered up on a random tourism jaunt from London (I mean, we booked everything a few weeks ago, so it wasn't like we just wandered too far, found ourselves in Birmingham, and were like "Oh look! A parkrun! Let's volunteer!!!" 😅).

Tousif was the first GoodGymmer Latoya and I spotted: he'd signed up to do the pre-event setup so that he could also get his 5k parkrun fix straight afterwards. It's sneaky, but I like it! 😄 We left him to it while we ate cinnamon buns and felt slightly superior for our current life choices.

Next came John, who was signed up to barcode scan with me (Latoya was timekeeping). John tried to explain the course to us a couple of times (three differently sized laps of the same park), but it sounded like you needed an understanding of advanced topological structures to truly know how to run it without simply following the person in front (or experience). Regardless, the nature of the course allowed us to cheer on the first lap of runners (& dogs) as bonus marshals before we got on with our real jobs (there was an extra big woop for GoodGym/Tousif as he sailed past).

Barcode scanning is normally fun, but today it was super fun. That's because while volunteering next to John, I got to see how loved he is in his running community: I'm pretty sure I did most of the scanning (and dog petting 😍😍😍) today, simply because so many people wanted to exchange a few words with him. He volunteers and/or runs here most weeks, and it's great to see the warmth he receives from the community. Nice one, John! 😄

After seeing the last parkrunner through and waving goodbye to Tousif, John kindly waited with us for our (not at all dodgy) taxi so that Latoya and I could move onto part II of our (not at all) random jaunt: the National Running Show! It should be epic 😎

Great meeting/re-meeting you guys - come visit us in Camden next time you're around! 😄

Brilliant as ever, thank you. I do get a good feeling top up at parkrun, I must admit. I’m glad you got one of the big cheers in the briefing for your tourism volunteering!

Was lovely to see you and Latoya. Love the banter and puns in the report