Been Spendin' Most My Night Livin' In A Wrapper's Paradise

7 runners ran 4.2km to help their local community in Newcastle. 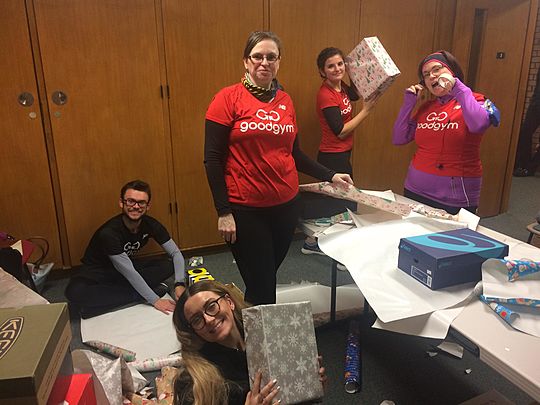 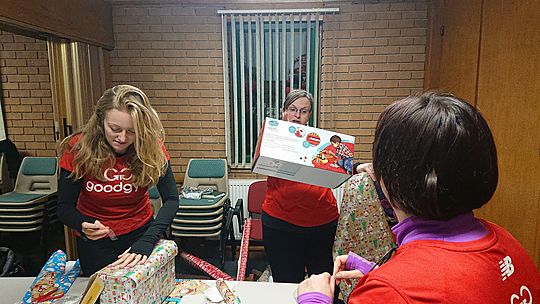 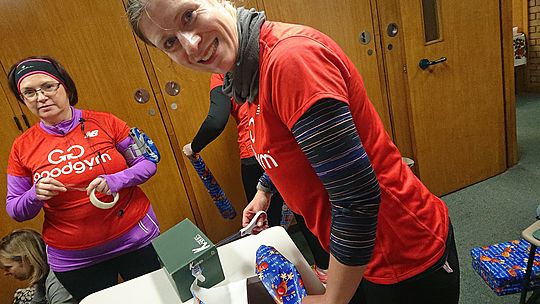 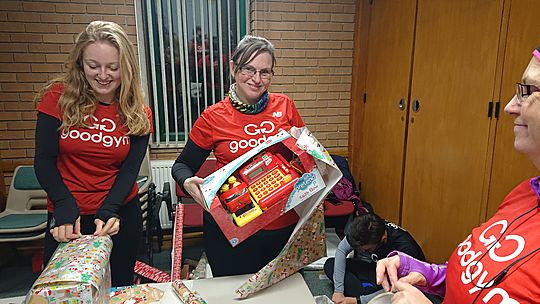 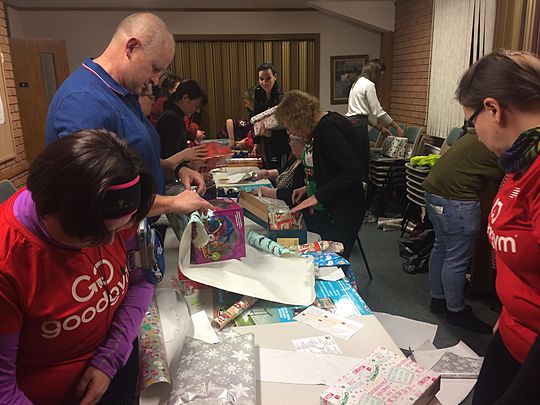 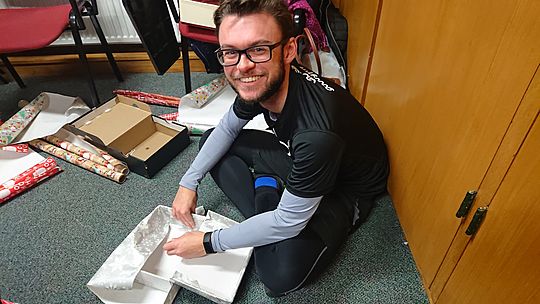 Christmas spirit was all around tonight as we helped Gateshead Council wrap presents to give to the community - babies, children, teens and parents, all of whom wouldn't be able to have such wonderful gifts without the help of volunteers.

Rachael - our resident Christmas Elf - was first to arrive and set about sorting hats, scarves, gloves and socks by age and gender. I arrived soon after and was taken away by how many people had come to help (there must have been 100 through the doors over the course of the night!) We helped sort some of the other items which filled the church hall, and then were welcomed by the minister of the church and the leader of the project from Gateshead council.

Toys, clothing and other miscellaneous gifts sorted, Rachael and I decided our talents lay best in wrapping (no, we're not a Salt-N-Pepa tribute act on the side). Soon we were joined by Debbie and Tanya, and then Debbie Mark II who all got stuck in to the wrapping of shoeboxes.

The whole team fought over the boxes with separate lids, which were far easier to wrap, but then, as Kate and Ross joined us, we decided that as GoodGymers, we should be ready to take on the challenge of the 'hinge'. See Ross' excellent skills in the photos...

There was so much frivolity we didn't even realise that there were turkey sandwiches on the go, and were happy enough comparing wrapping papers and discussing what we were getting our families for Christmas! Too wrapped up in the task!

There is another festive community mission on Sunday lead by Rachael - come along at any time to join the winter celebrations!