6 runners ran 2.0km to help the Grounded Community in Bournemouth. 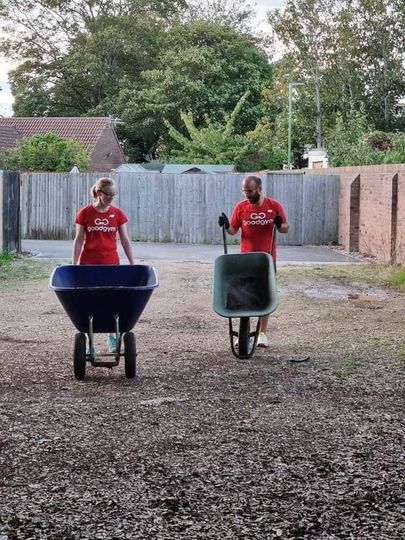 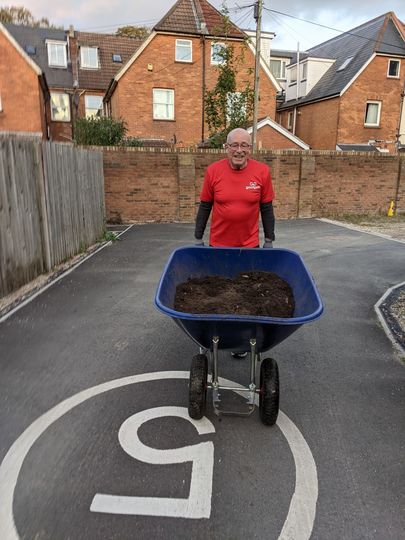 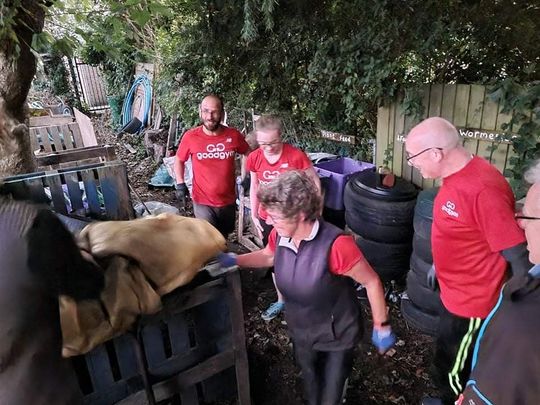 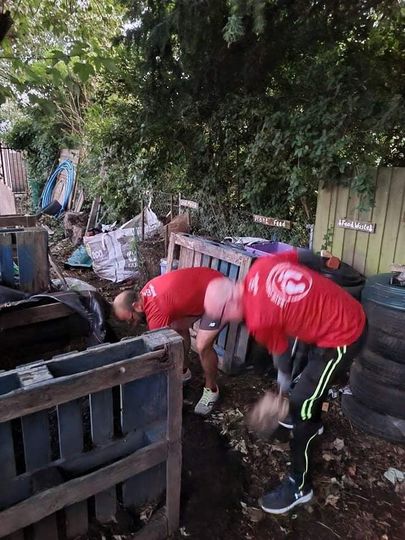 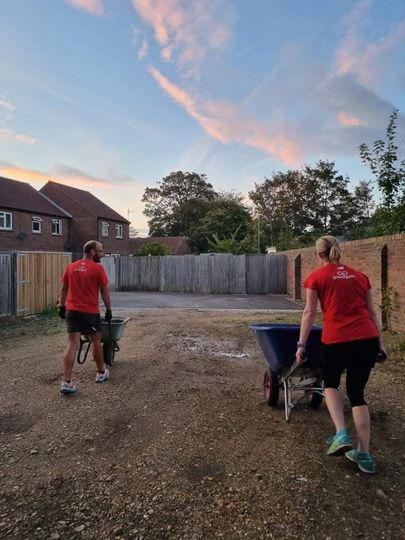 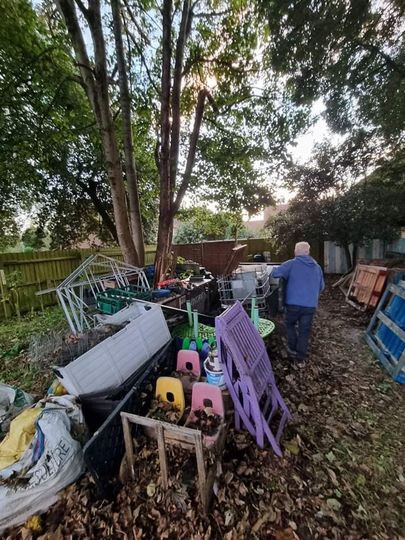 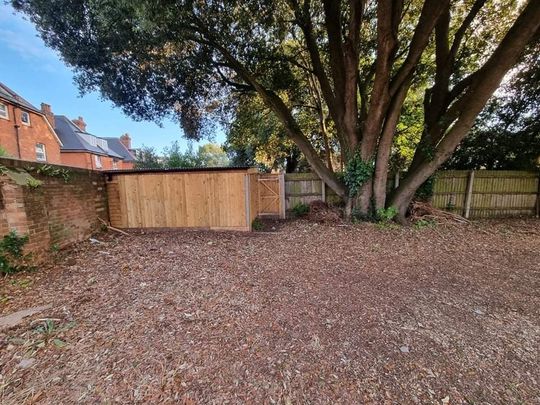 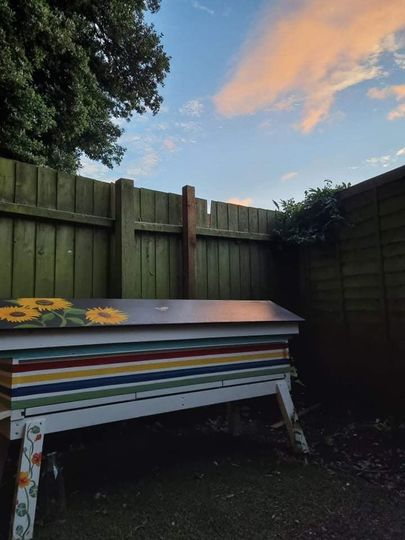 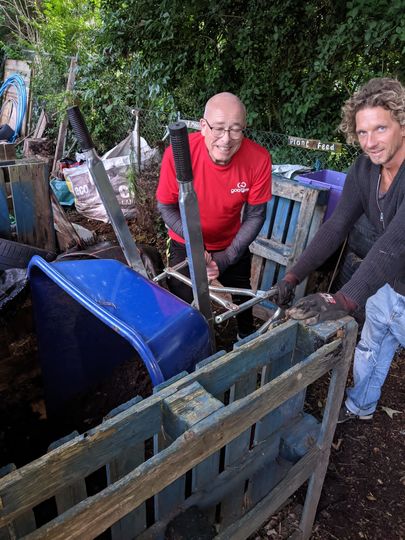 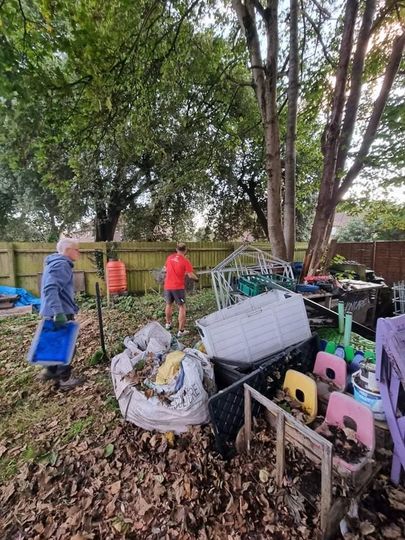 Yesterday evening 6 of us met up to help out Grounded Community with a bit of wheelbarrowing and sorting.

For Keith and Lea it was their first taste of helping out this charity and so they weren't sure where Secret Garden 2 was and without having been there before, it's very secret indeed.

Janet timed her arrival to perfection, as she helped Michael bring the big wheelbarrow over from SG 1 in the van.

We started by tidying up the area a little. Sorting out the junk from what may still prove useful. Wood to one area, bottles to another and sorting through crates and plant pots.

Then when the wheelbarrows arrived we started on the main task of filling the barrows and wheeling them to Secret Garden 1 a couple of roads over.

What a core workout that turned out to be! Daryl and Janet were part of the inaugural trip and used their knowledge to guide us through the subsequent ones.

We were using the compost from the bins that we had built up over a year ago and it was great to see that the soil was in great shape and ready to be used for planting at the original plot.

After an hour we had almost filled the other soil bay and the job was complete.

With the darkness creeping in we said our goodbyes and split off in different directions hoping to meet again next week!

Special thanks to Janet for coming up with the report title TWO weeks in a row!! Hannah, Daryl and Janet for helping to snap the best shots possible.