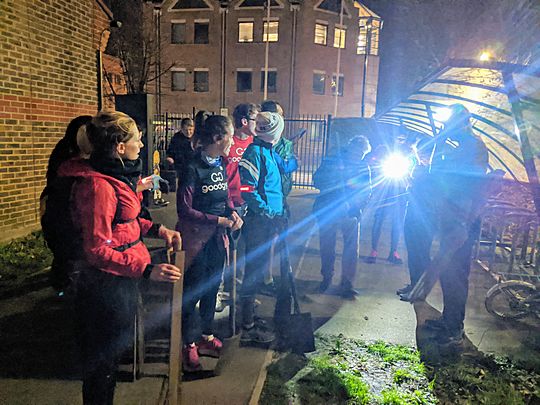 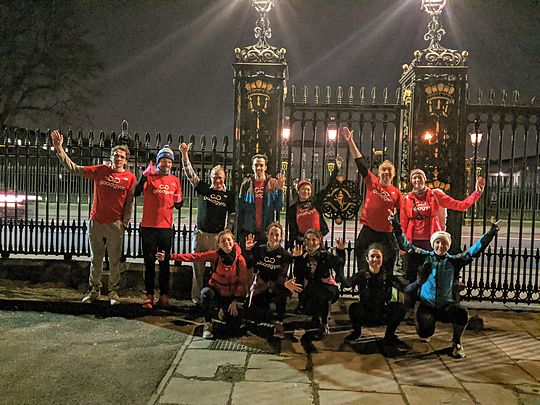 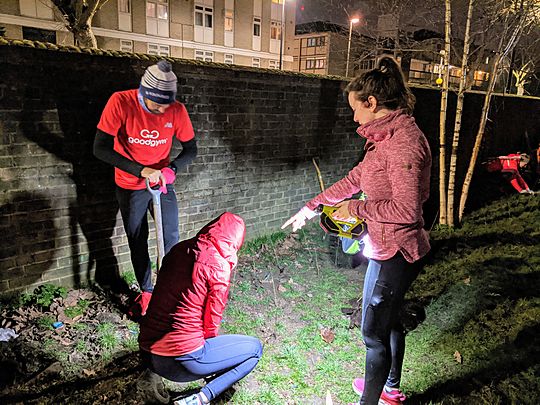 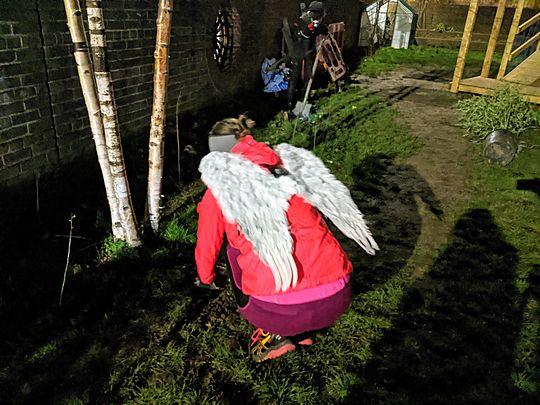 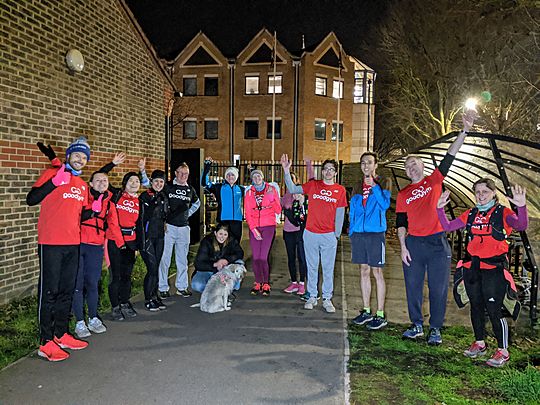 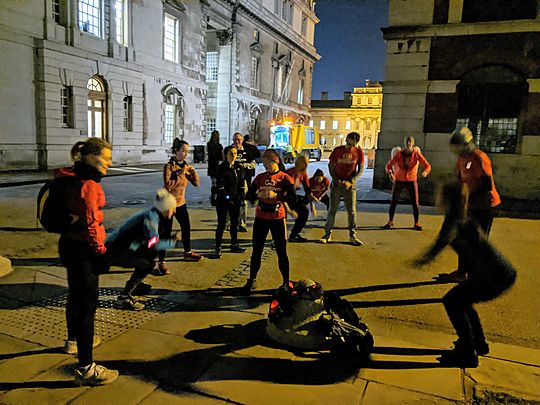 Well done to all of you troopers for sticking with us through January. We started off a big group and gradually dwindled down until only the bravest and hardiest remained. So kudos to you for making it this far. It is probably going to get colder before it gets warmer but the nights are getting lighter and the promise of spring is right around the corner, well maybe 2 or 3 corners away.

Big welcome to GoodGym tourist Louise coming all the way over from York! We feel very privileged that you chose Greenwich for your Wednesday tourism Louise, it was great to have you with us and thanks for being the most splendid back marker!

Huge conratulations to Jenny who is now in the 11th person to crash through the 100 good deed barrier! Excellent work JP! It's been amazing to see your running go from strength to strength over these past two years including countless parkruns and a marathon to boot! Looking forward to doing many more good deeds with you and seeing what your running has in store for you this year!

After a quick warm up, we headed over to St Lukes which has recently been a popular task for us. The main job last night was to build a leaf container. We only had half of the equipment required however as the wire hadn't been delivered yet but be could still make a decent start by hammering the stakes into the ground.

The rest of the group took to the other side of the garden in attempt to plant the remaining small trees that were donated a few weeks ago. Meanwhile Andy had a task that was made just for him and that was to help Myra's daughter, Bella, train her dog! Nice one Andy, I think that was an invaluable half hour for her and she learned heaps!

After about 20 minutes, all the stakes had been placed in the ground ready for the chicken wire to be placed around it at a later date. The trees were also coming along nicely too! Team tree planted as many as they could fit into the soil before it was time to head back to the uni for some strength and a tad more running!

4x 25 squats plus one lap and then Jenny's biscuits were calling. Nice work everyone, 100 squats banked, hope your bums aren't too sore today!

The month is pretty much over and I'm pleased to say we have gone through 8000 good deeds across all of GoodGym which is absolutely incredible. There have been some particularly stand out performances from Greenwich runners though.... Another well done goes to Jenny for doing the most good deeds this month clocking up 14! The next best person did 7 so that just goes to show how awesome this girl is and why she got to 100 so quick! And also a big up to Bliss for conquering the distance leaderboard running 276k for us! Nice!!! But of course just a huge well done to EVERYONE who ran and good deeded this month! You can see the final results here. The mathematicians amongst you though will notice that Greenwich runners have actually run the most kilometers per person which is wonderful and I couldn't be prouder!

Next week's run and SOCIAL!

Next week the task is still TBC but the one thing that IS certain is we are having some post run social time! GoodGym Greenwich had it's 4th birthday this month so I think some belated celebrations are in order! See you then!

Great work everyone, well done for getting so much done! It is always much appreciated so thank you! Remember we are heading to Beckton Parkrun on the 8th Feb so come along for some 5k fun!

I feel so honoured to make it into a run report pun! :D

Strong running team Greenwich, thanks for looking after Louise!