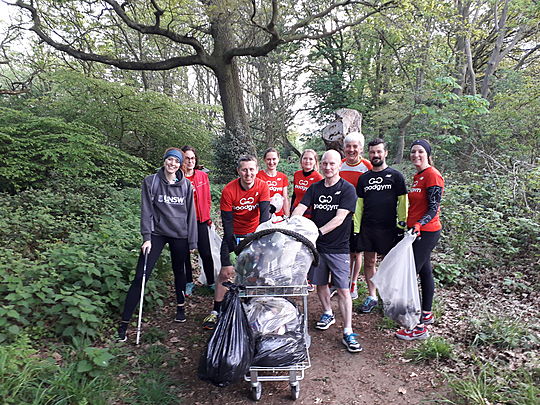 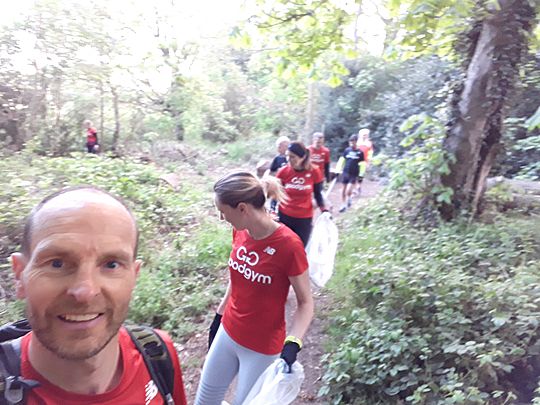 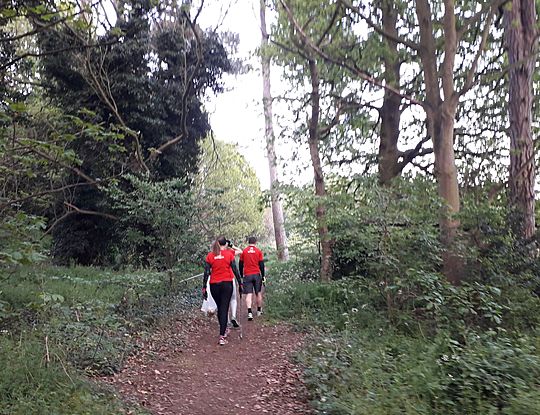 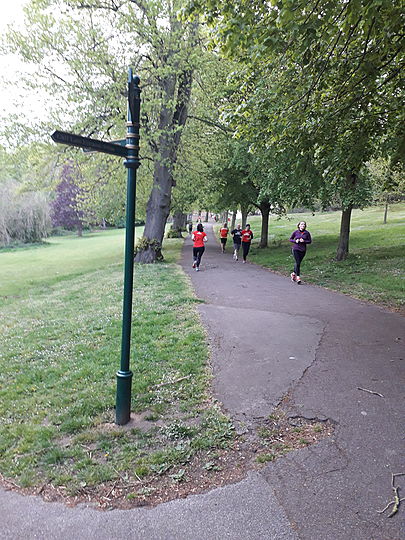 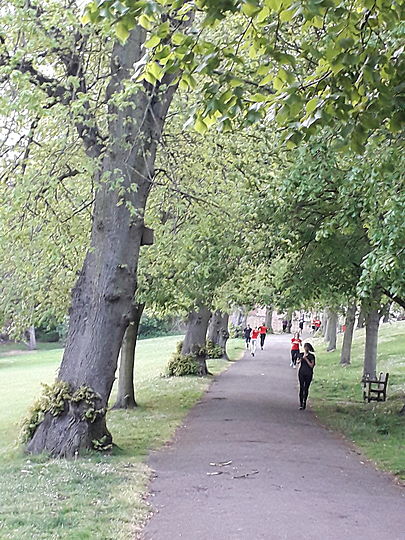 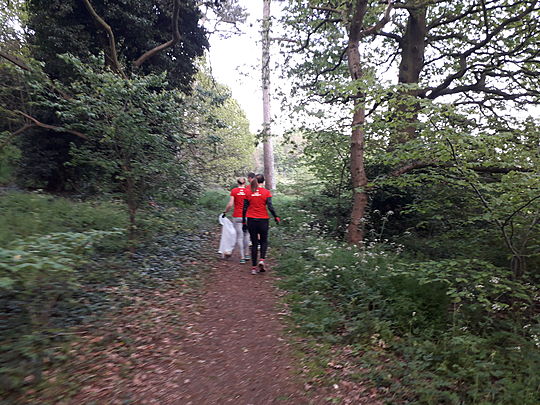 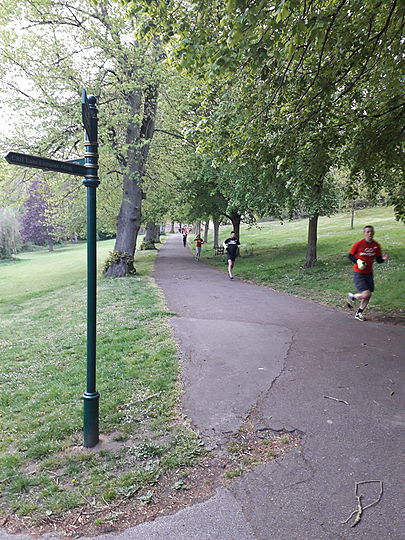 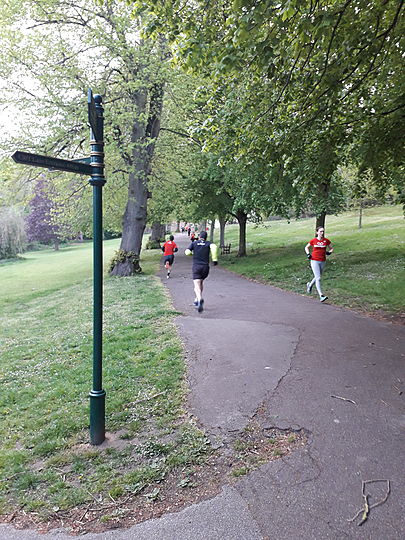 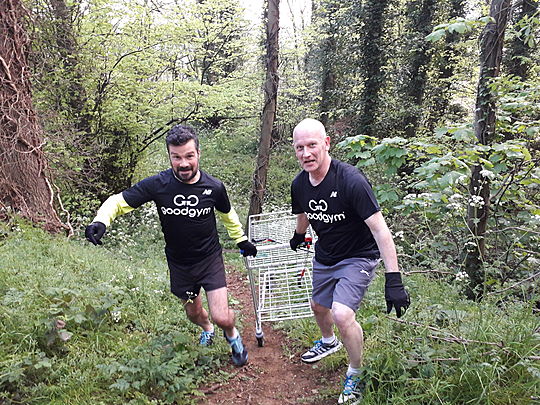 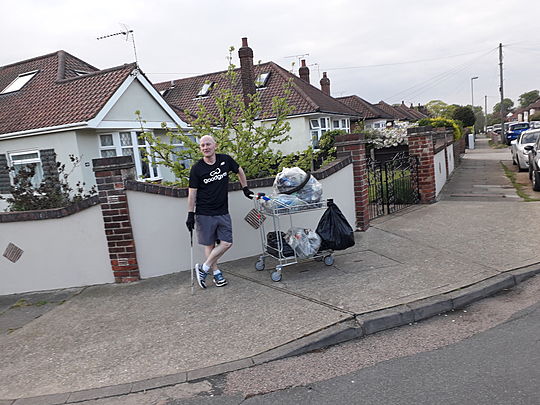 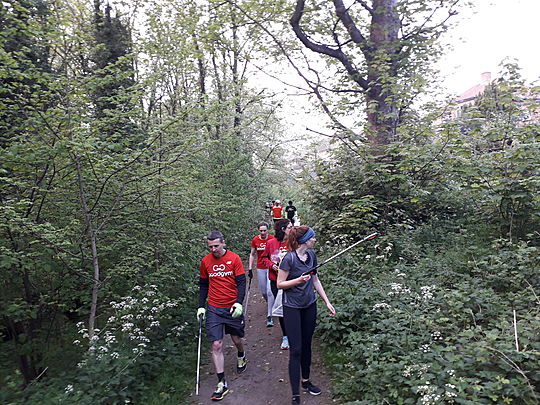 A warm up game of tag set us up nicely for a run through Holywells Park to Cliff Lane where we collected the litter picking kit and headed into the Landseer Park woods.

The paths were pretty clear and litter free but we did come across a dumped supermarket trolley, which the black shirted Goodgym ninjas (Robin & Steve) retrieved from a bank just off the footpath. The plan was to leave the trolley where it could be collect by the IBC waste team, but also to use it to carry the bags of rubbish collected.

This came in really useful when we found several discarded bags we thought had been collected from a previous visit. We abandoned any further picking through the woods in favour of getting the trolley - now loaded with bags to a suitable collection place. This involved pushing the trolley out of the woods and along residential streets before we found an appropriate place to leave it inside Holywells Park near a bin compound!

We then had scenic run around Holywells park to drop off the litter picking kit before setting up a hill interval session, with everyone putting in great effort. Steve stunned us with his explosive turn of speed when he found himself at the front of the group as the "rabbit" being chased up the hill....I don't think anyone was even close by the time he reached the top .....Obviously hiding his talents by taking up the back marker position most weeks!