A Tossed Bouquet means a Goodgym Oscar Performance on Broadway!

5 GoodGymers made their way 8.2km to help the The Community Brain in Kingston upon Thames. 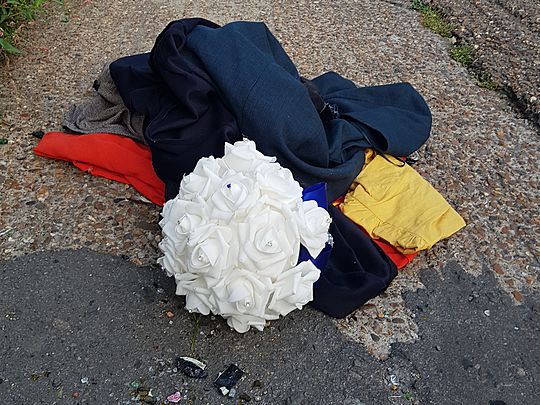 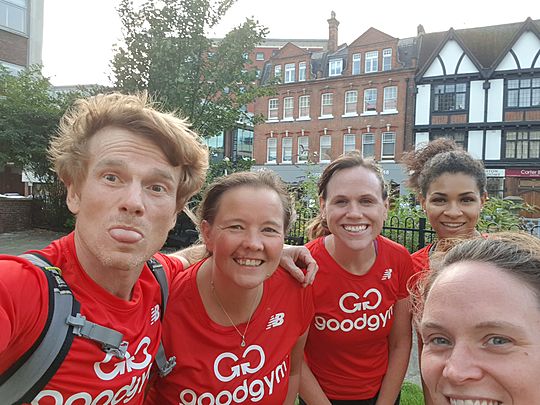 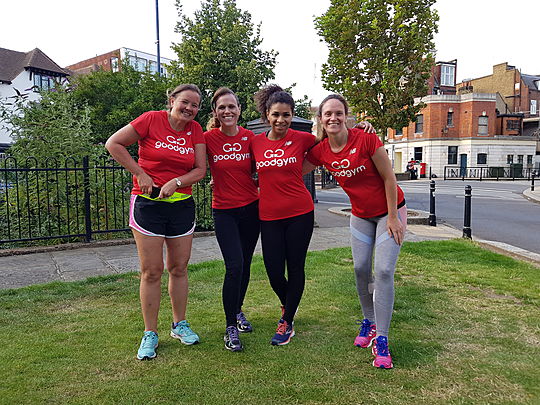 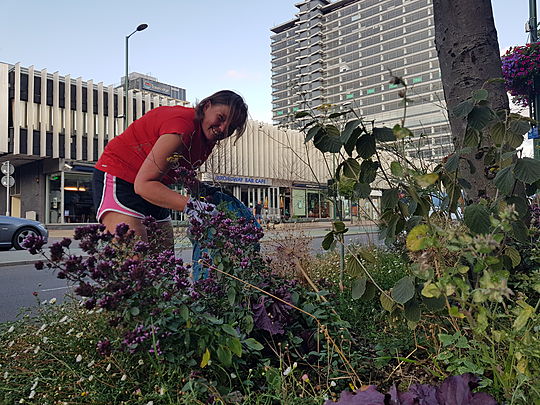 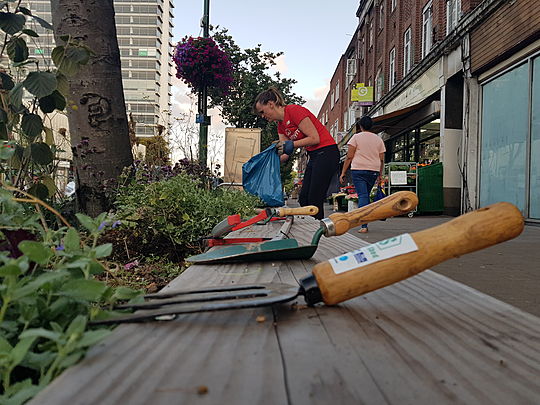 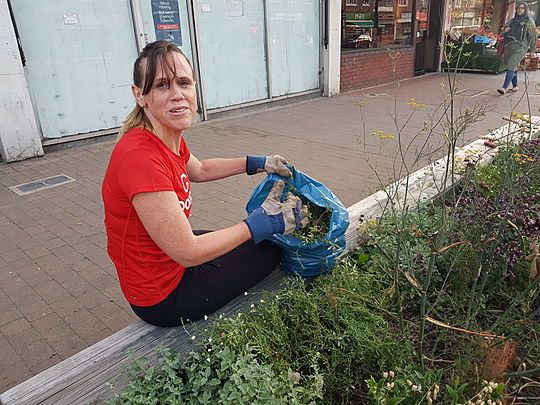 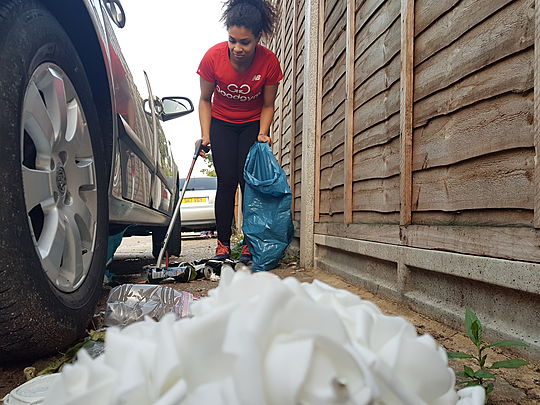 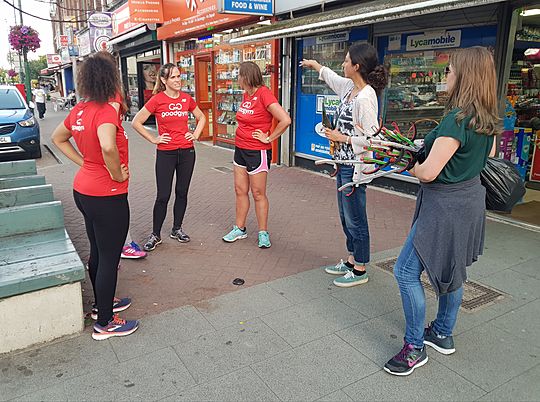 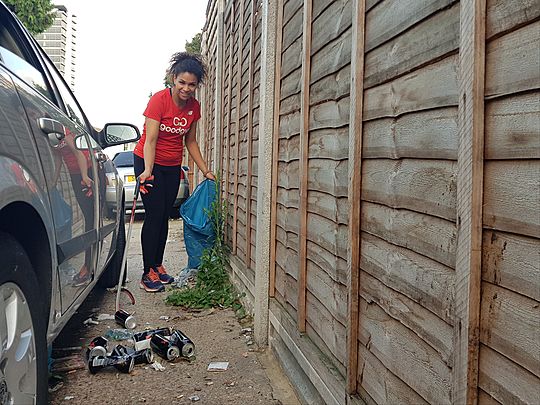 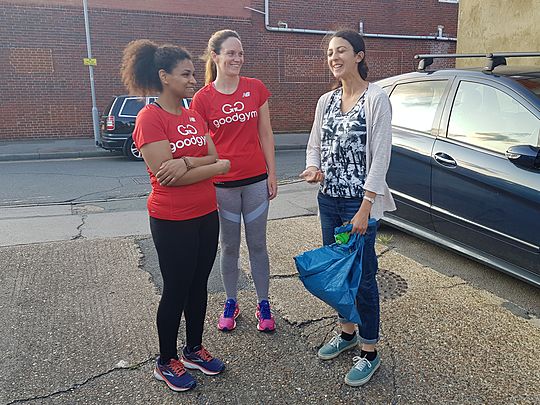 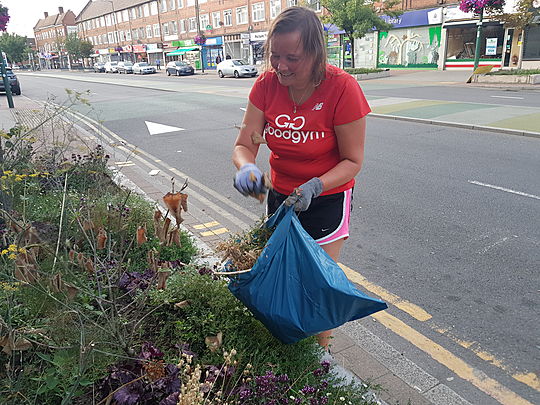 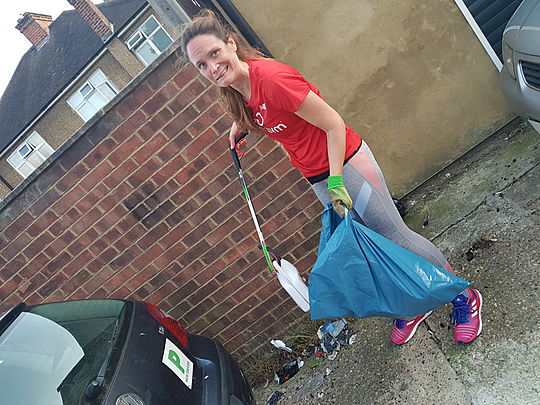 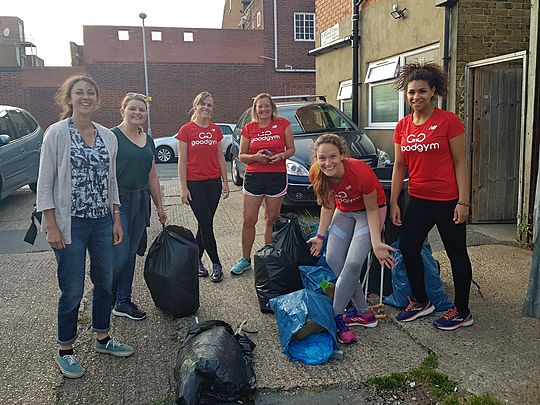 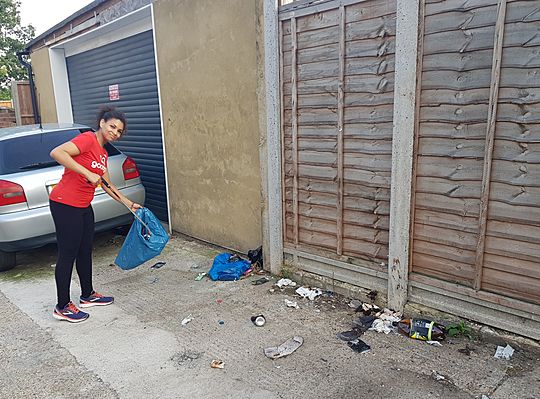 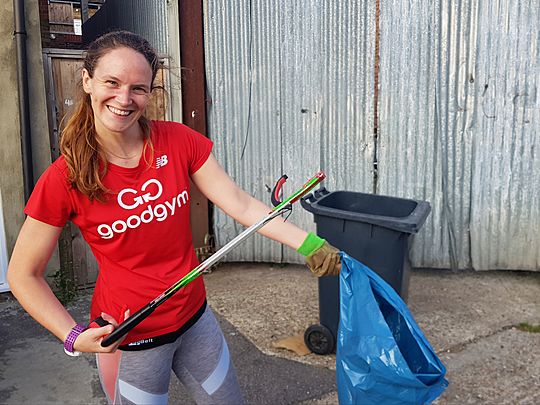 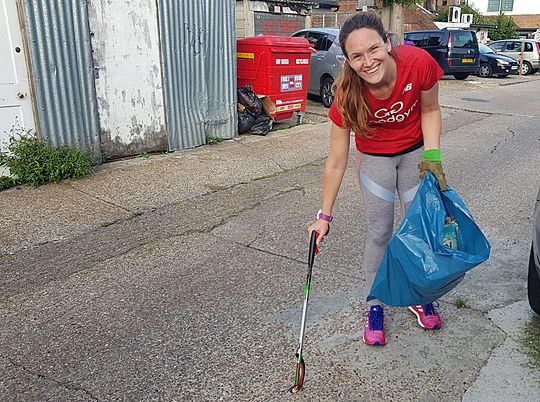 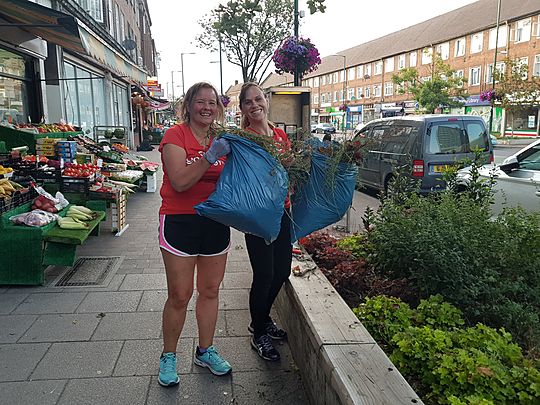 Well tonight we were the dynamic duo, then three amigos progressing to fantastic four and finally topped out at a FAB FIVE (only). But what a tight knit group we were on the run. Despite our holiday season numbers, we had our tightest pack group run ever we felt, and each and every one of us seemed to cope admirably with the 8km (approx.) distance. Hmmm maybe that running in the heat for a few weeks and some longer runs has boosted fitness somewhat (I’m sticking to that statement as the reason) which is fantastic.

Our warm up was brief to maximise the dent that 5 can make in a litter and weed task ahead and then we made broad strides to Broadoaks and Broadway in Tolworth to assist the awesome SHEDx team in the great work they do in striving to make a brighter and better environment for all in the Tolworth area.

Our task was to weed the planters and get as much litter collected as we could in a 25-minute slot. So, with the great guidance and help of Charlotte and Sarah from SHEDx we set about it and cleared as much as we could. Amazing what people throw and from some great heights too, very dangerous and a shame to see really.

So, for now a poem, just off Broadway Where in true GG style for the part we could play We saw a clean glimmer of hope, flower bed and road where rubbish once lay. But time as ever had run away much like the bride that had tossed her bouquet leaving it for us to throw which really is not OK Especially as we now have to call it a day!

Thanks again to Charlotte (who is considering a GG run now too and is of course welcome any week) and Sarah for being so prepared and making it to join us in the task.

Look forward to seeing you then!