18 runners ran 8.0km to help the The Nest Project in Bath. 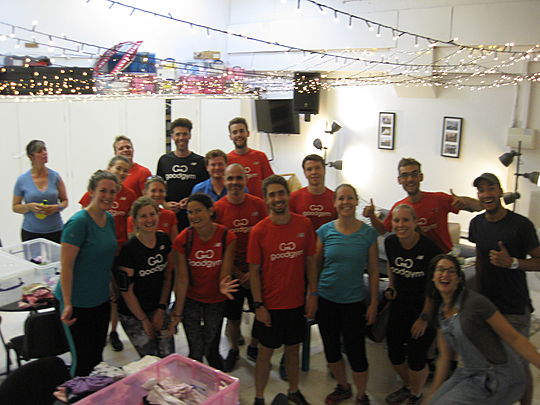 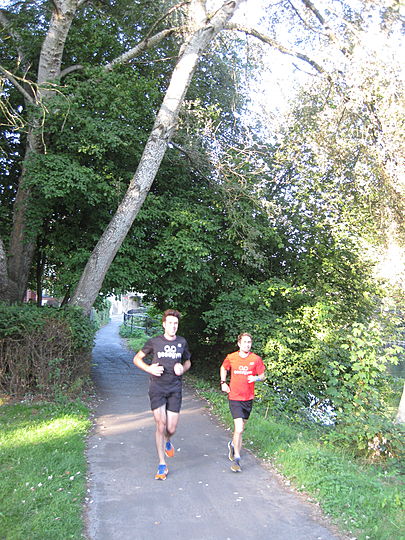 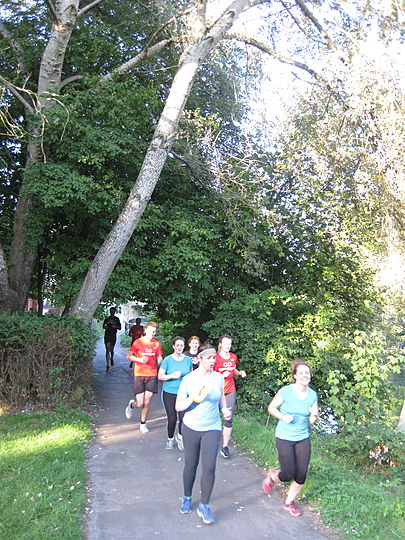 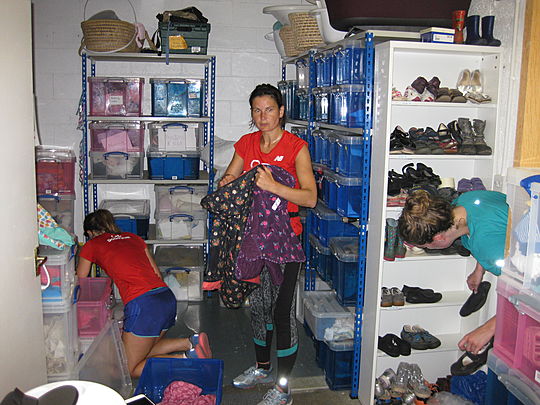 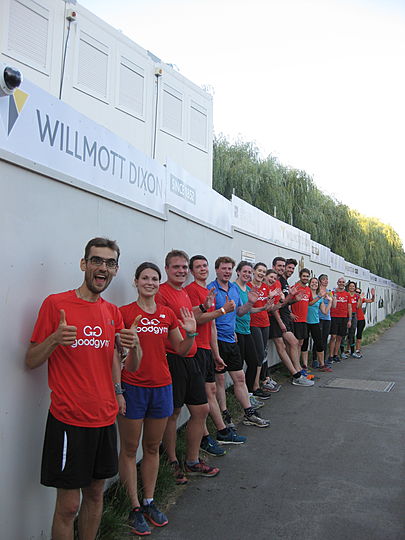 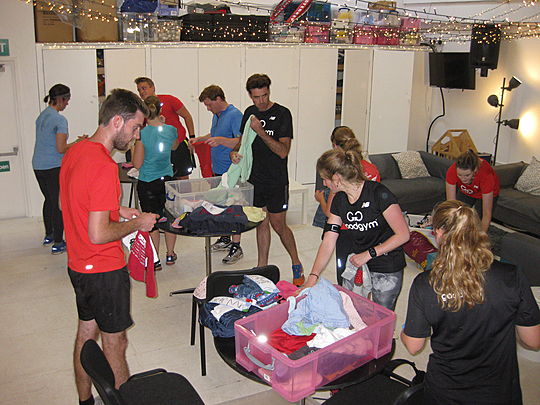 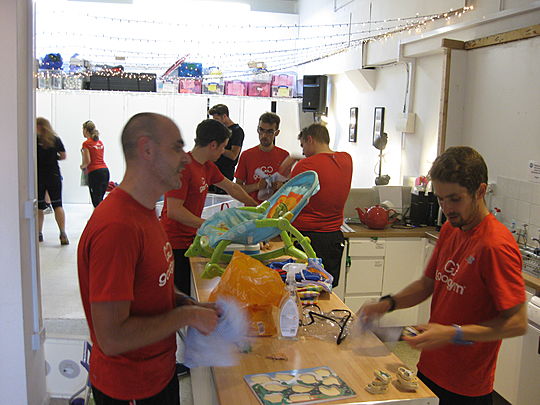 17 early bird runners met at the Leisure Centre tonight, our flock welcomed Catrin for her first GoodGym run and Ed from GG HQ who migrated across from the Big Smoke for some city running South West stylee. After a warm-up and a headcount we made the most of a beautiful evening and a beautiful route following the sun along the River Avon.

Birds of a feather stick together

We never want a runner running 'owl by themselves' so we used a range of drills to keep the group together - step reps, loop backs and a quad burning set of ski squats. We finished off with a conditioning exercise 'last man sprints' - which, in honour of the bird theme within this report, shall now be renamed a 'Goose Run' (which is equally apt as when geese are are flying in formation they re-form when the leader gets tired!)

Alison was ready and waiting and raring to get stuck in at the task (actually she was chilling in the sunshine with a new feline friend - who with the help of our resident runner vet has been in contact with its owner and has hopefully since returned home!)

Helping at The Nest is the BEST

Our task hosts gave a quick introduction to the charity and its ambitions to provide clothes and equipment (age 0-5) completely free of charge. This service is available to anyone in BANES who needs it regardless of income, faith or background so if you know anyone who has little ones who can donate to or benefit from this fantastic charity then check out the website for further details: www.thenestproject.co.uk/

Boys and their toys

Ali , Allie and Catrin made a terrific trio tidying up the storage trays upstairs whilst the fab five: Ed, Mark, Rob, Sam and Tom were on toy cleaning duty and set straight to work. That left the tremendous 10 to sort out the clothing donations, separating the items according to age and gender. Jaxx's eagle eyes spotted that father-to-be Steve was window-shopping for baby Boden attire!

Time flies and so must we

The cuckoo-clock struck 7:30pm and it was time to fly The Nest and head back for a cool-down and a quick chat about the benefits of yoga to runners (check out BROGADOO for local Men's only yoga classes) also check out this article from Runner's World: https://www.runnersworld.co.uk/yoga-for-runners

Apologies for a slightly later return to base tonight. Thanks to Allie and Mary for back marking, to Rob for the pun brainstorming and for everyone for a great run and task well done. It was an epic distance for those new-to and returning-to running so expect a little ache and stiffness in the muscles over the next day or so, but don't let that feeling put you off, instead use it as motivation, feel proud of yourself and remember that you ran that extra mile to go the extra mile for charity and that's awesome.

What a fantastic report; I love the fantastic feathery puns there Pascale! It looks like you had a super time - gutted I wasn't able to make it :(

Brilliant report, Pascale! Thanks for leading! :-)