27 runners ran 7km to help their local community in Camden. 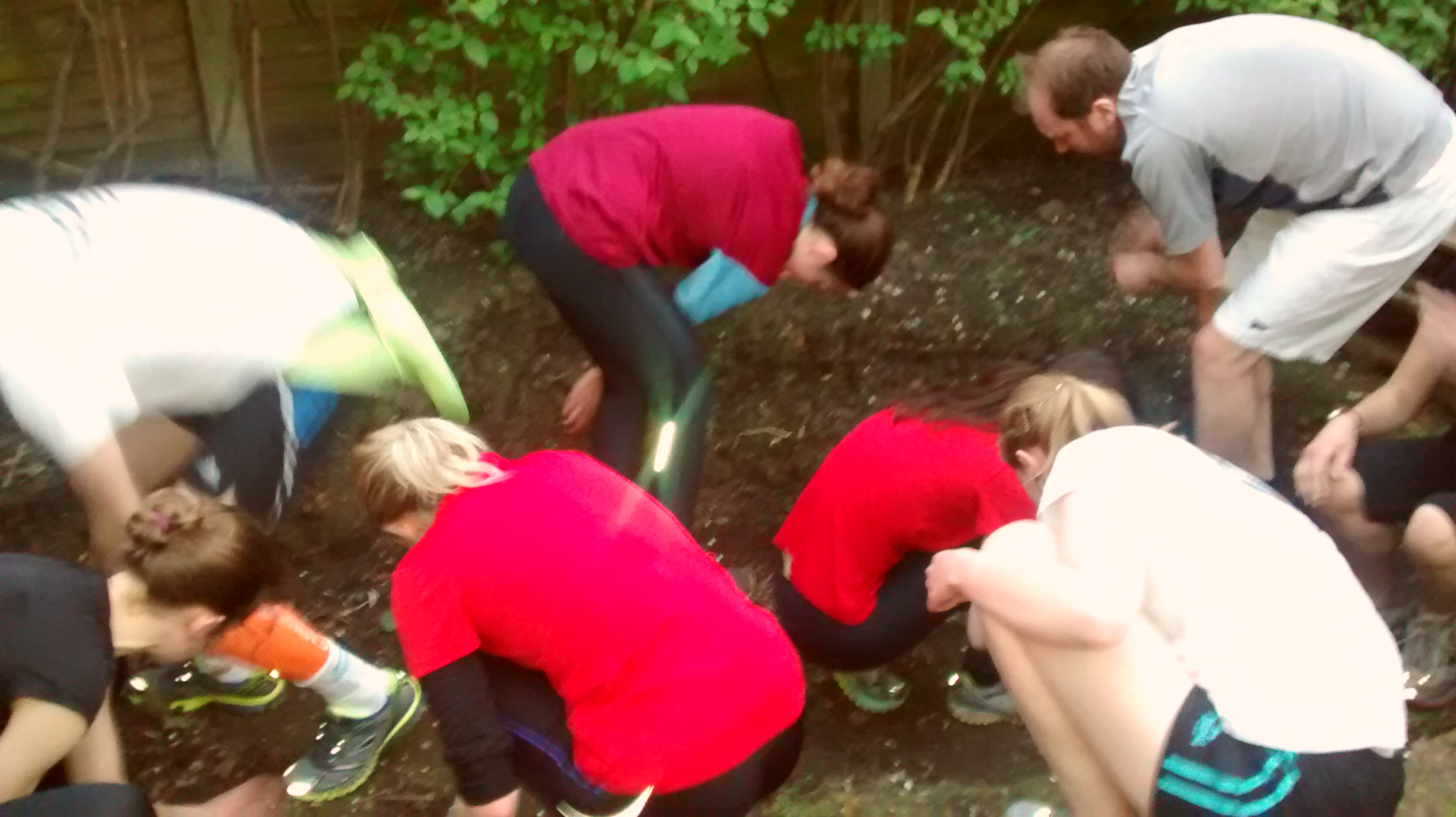 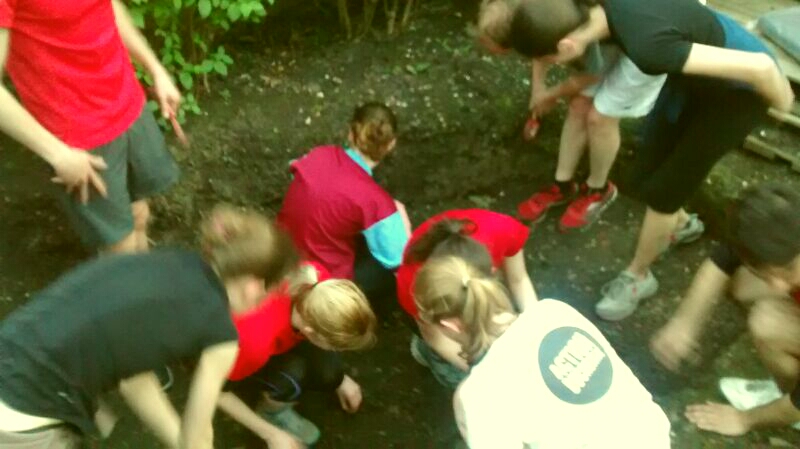 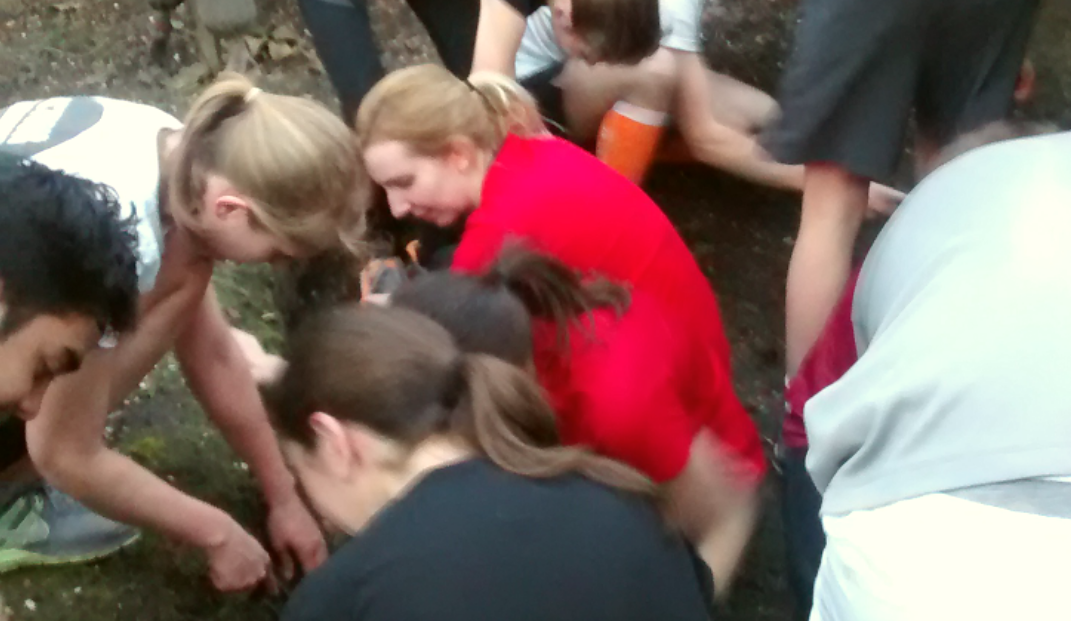 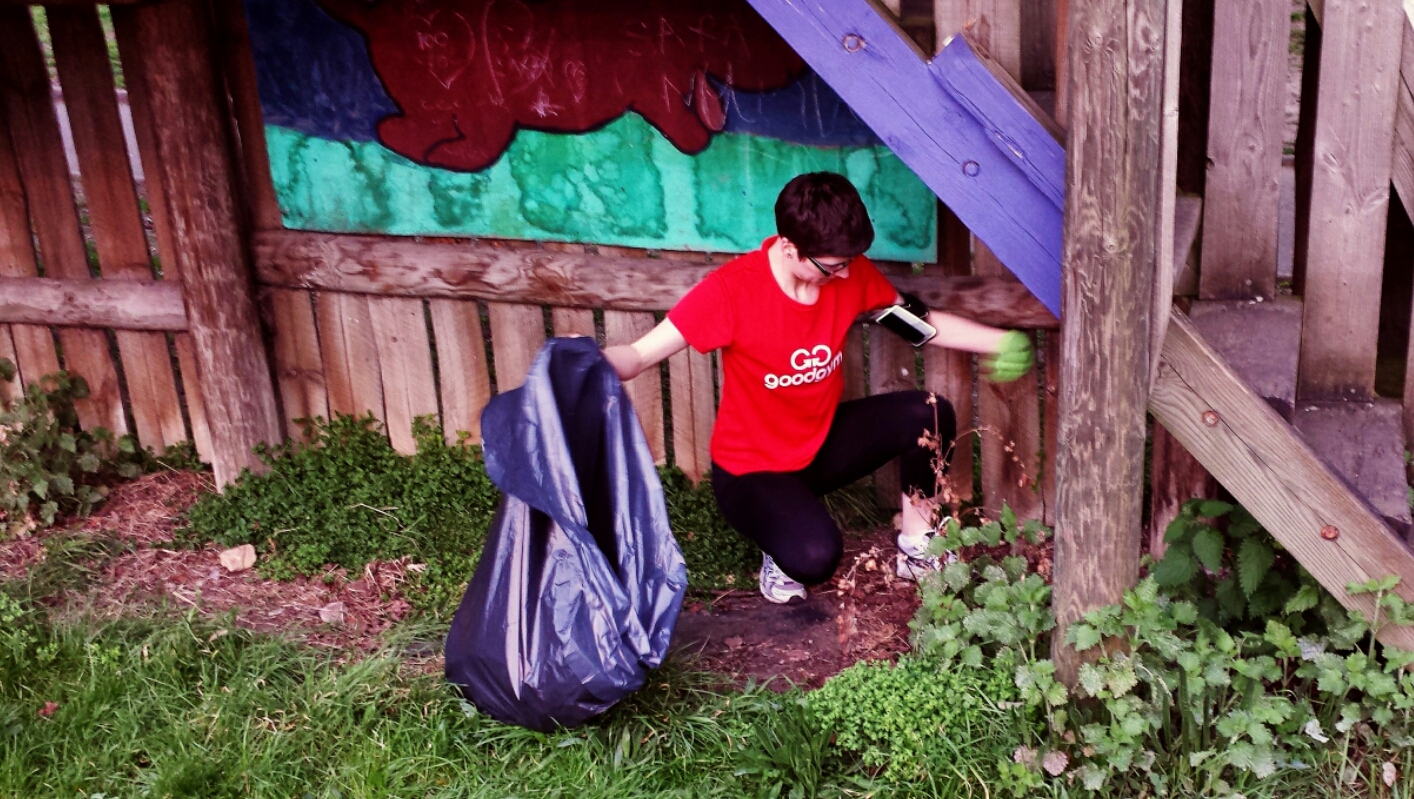 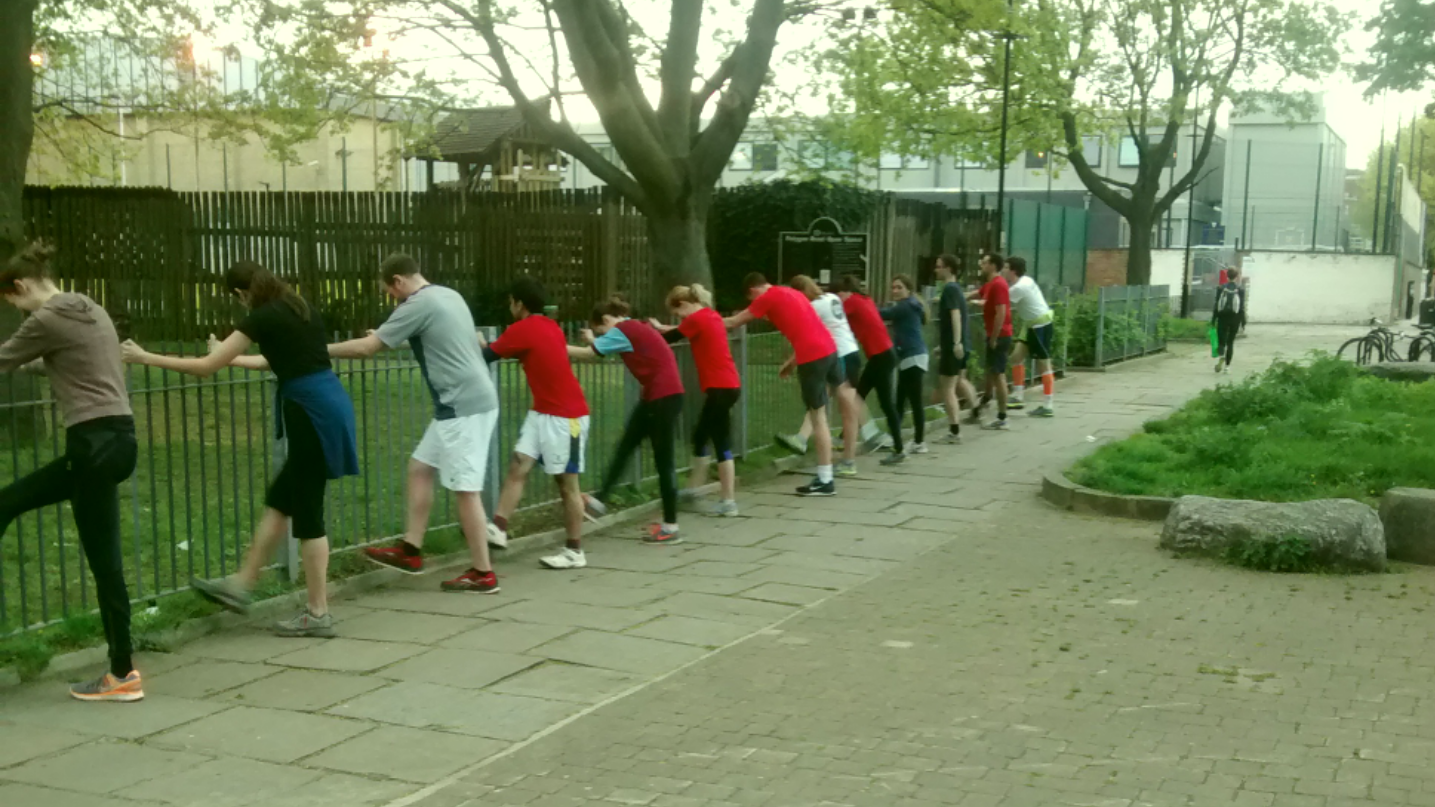 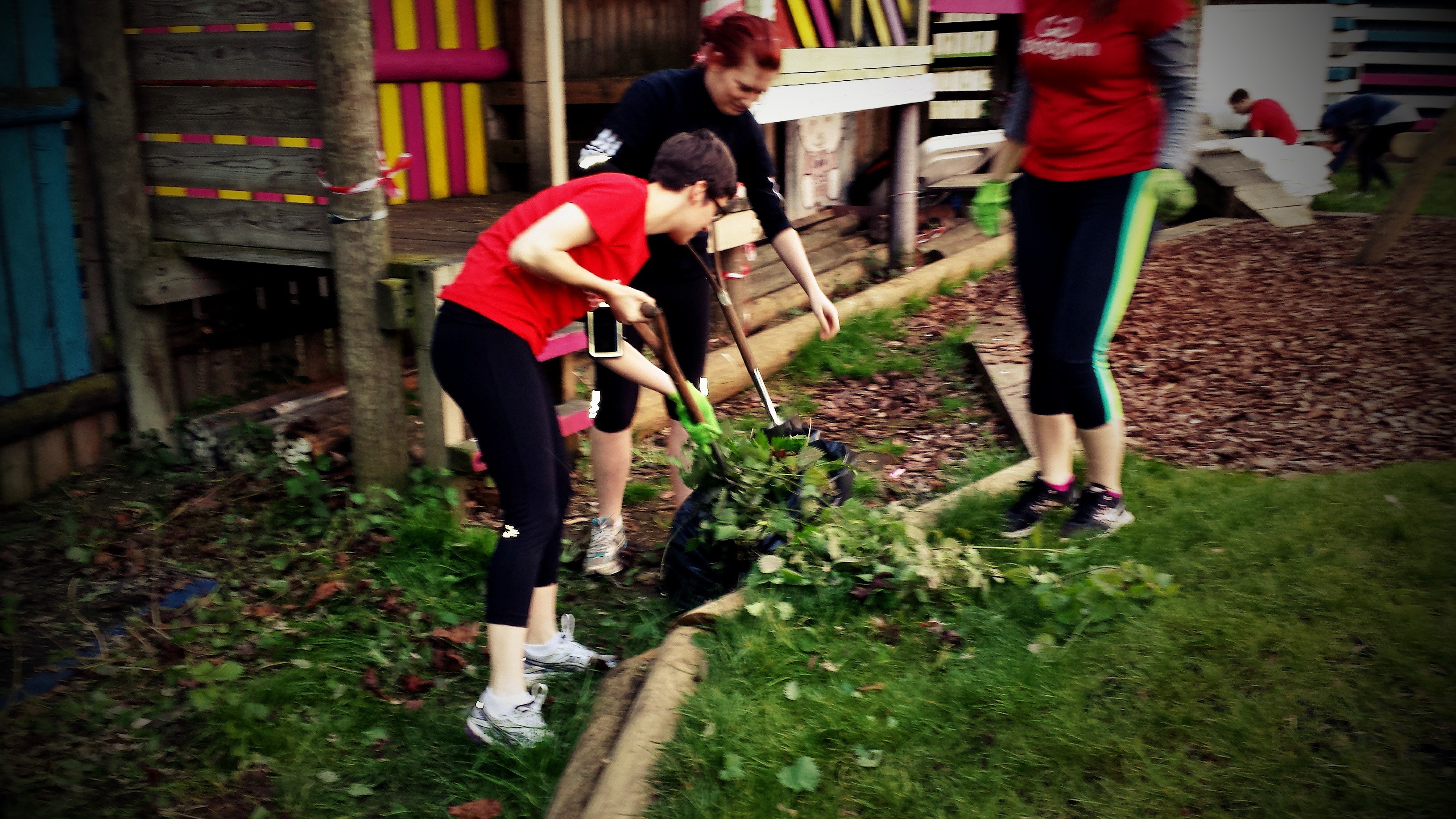 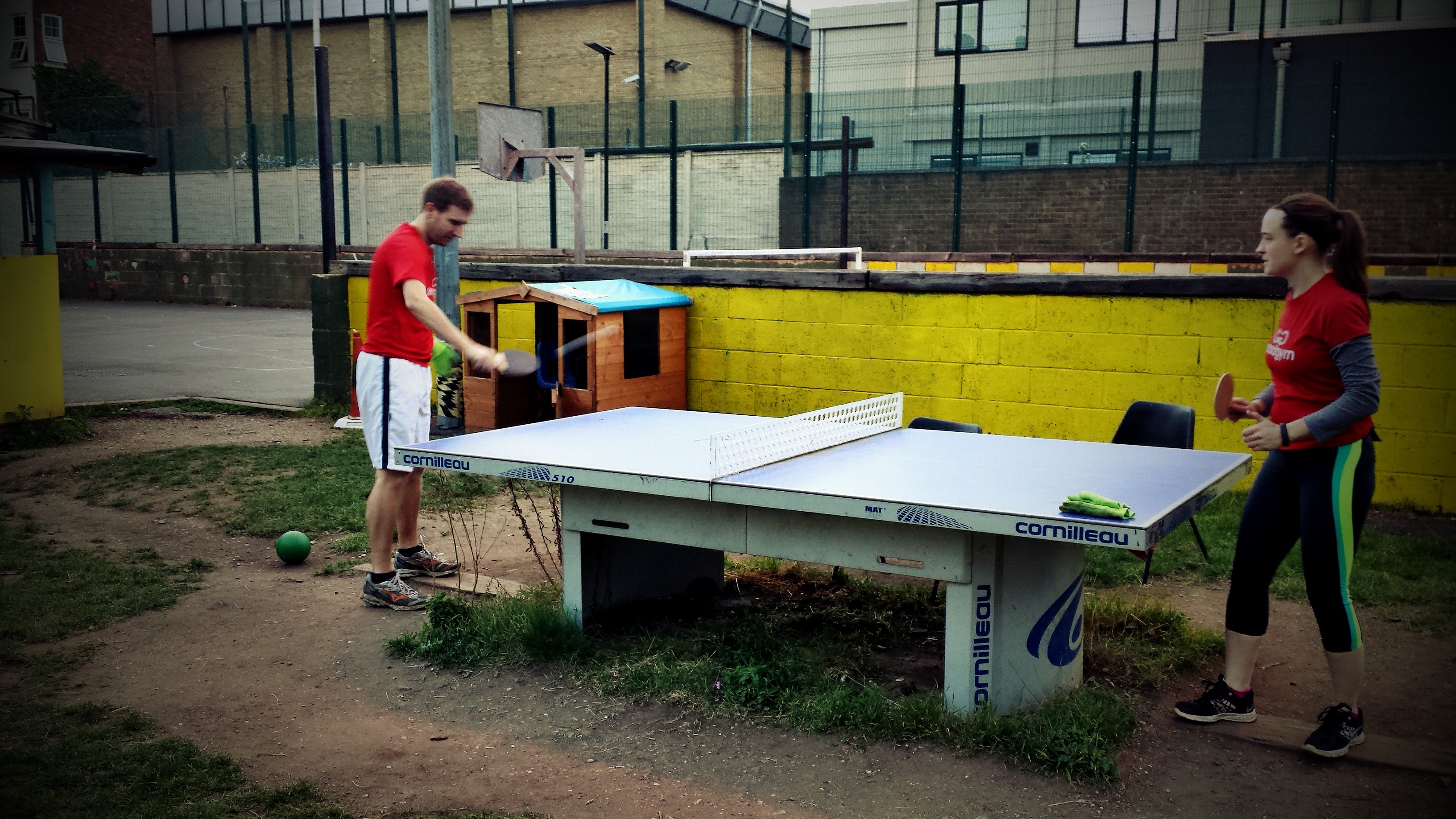 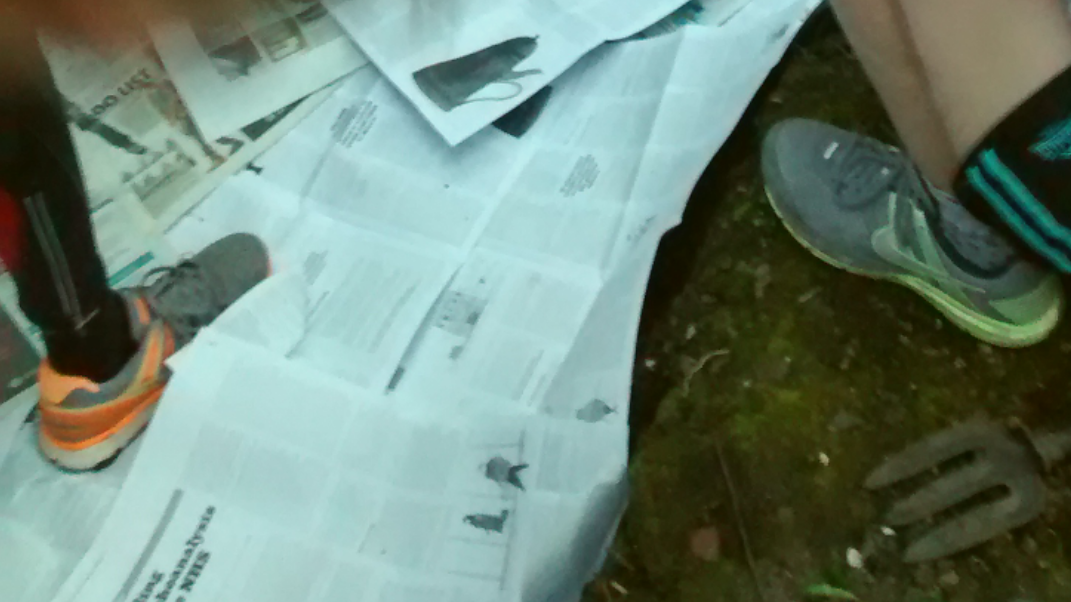 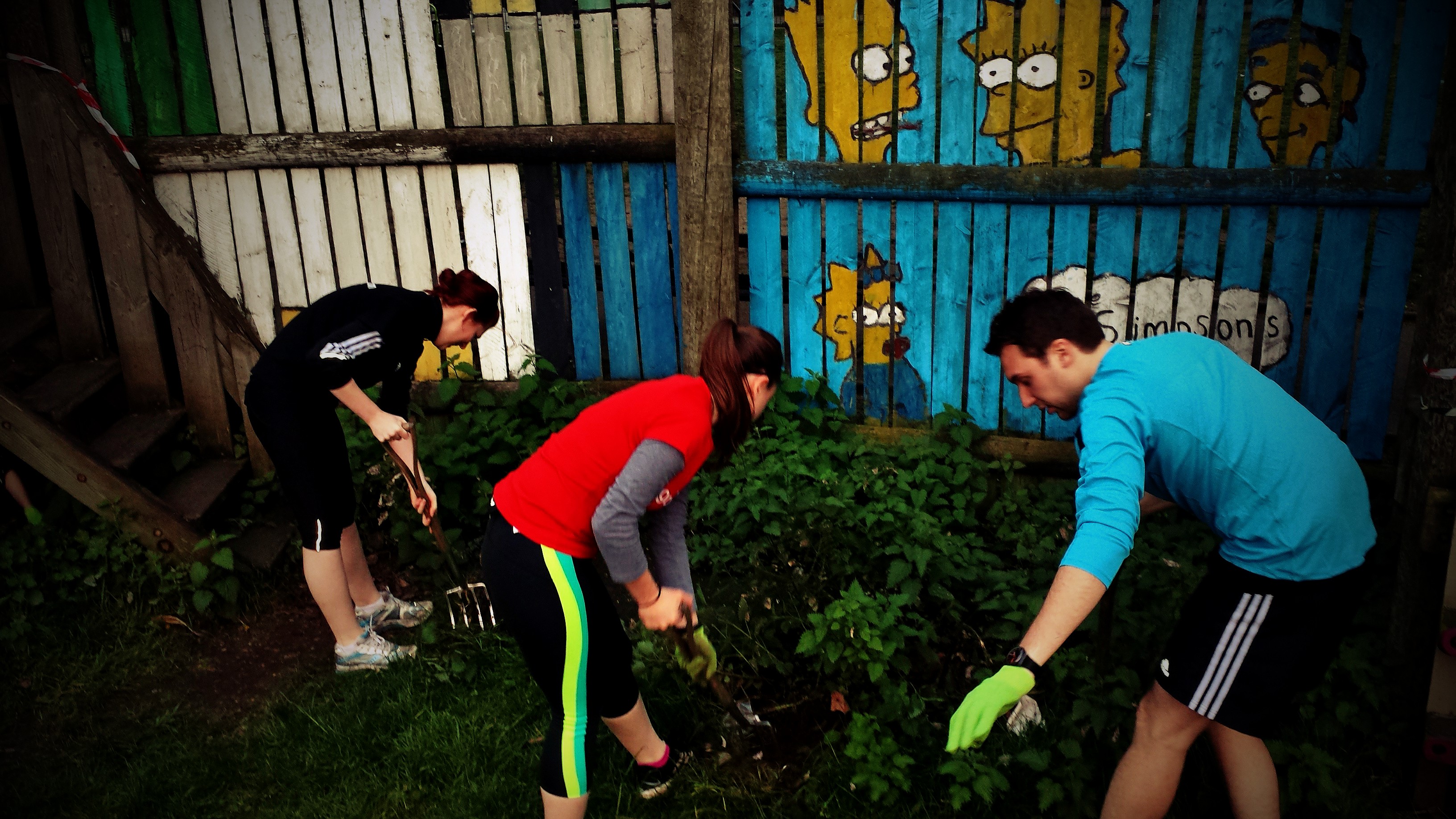 28 runners dug a pond, wedded an area to create a wildflower for butterflies, and cleared nettles from a play area.

On a mild Spring evening in Camden a gang of top drawer GoodGym runners assembled at Somers Town community centre. 3 local causes needed our help...and we all fancied a run- perfect! They brilliant these people.

After some strange leg limbering exercises outside the centre we broke into 3 teams. One headed to local community play centre Plot Ten. It has provided after school, holiday and pre-school activities for children from all background for the last 40 years and is run by a dedicated team of volunteers

We were tasked with some hardcore weeding-chopping back the encroaching nettles from around the edges of the playground, and tidying up the beds in the sensory garden area. ...oh and playing a round of ping pong before we managed to find enough tools. Despite a dodgy strimmer and a lack of gloves we made light work of it- destroy the nettles in less than 30mins.

The run after was great-we covered 5k, with some people trying some harder tempo running round Regents Park. This is great for heart strength-pumping loads of oxygen rich blood to the muscles.

A large team run off to the Anna Freud Centre. Here's the report from Sophie.

After a quick warm-up as a group, which provided much amusement for the kids playing in the local park, a pack of runners split off for a longer run up to the Anna Freud Centre in Hampstead. The Anna Freud Centre works to improve the lives of thousands of children and young people with mental health problems, providing specialist help and training, and carrying out research.

On the way we took on Primrose Hill in Regent's Park; we were feeling pretty fit until a little girl casually overtook us as she cruised uphill! The view at the top revived us though and we headed onwards. We were met at the Anna Freud Centre by Nicky, who showed us the pond that had been dug in the expansive back garden.

She explained that the garden is used by a local primary school for playtimes and a nature club, as they don't have any outdoor space of their own. Our task was to line the pond so we started off clearing out any sneaky roots and stones from the bottom, before sacrificing old newspapers, Time Outs and carpet tiles to cover the soil. Finally we spread out the waterproof lining and weighted it down around the edges. It looked a bit strange with no water but we pretended to splash around anyway.

Then it was time to head home so we said goodbye to the peaceful garden as twilight descended. Luckily Primrose Hill was easier on the return journey, though half the group felt it wasn't tough enough so stayed on to do some more hill training. We were reunited back at Somers Town for a good stretch before heading home! Job done.

A small team of 3, Pritesh, Chris and Mark headed on the longest run dashing up to the Royal free to help the Jim the butterfly man finish the job we started last week. It was much appreciated- Jim can now get to work planting those butterfly habits. Great work guys at short notice!