A Dash in the Park!

4 runners ran to help the Brighter Futures in Swindon. 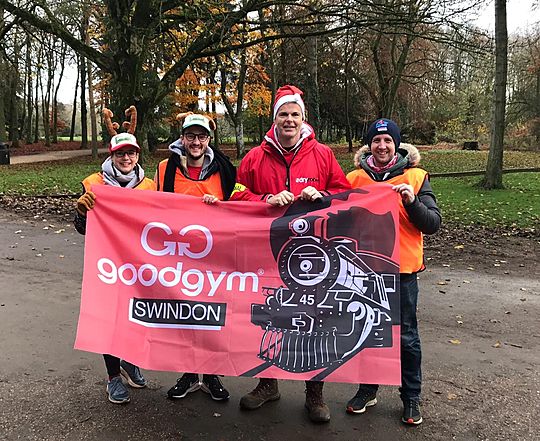 On a cold and chilly morning four GoodGym'ers met up at Lydiard Park to help marshal at the Santa vs Rudolph fun run. With the choice of 3km, 5km or 10km distances there was an option for anyone to walk or run.

This event is now run by Brighter Futures and the Swindon Phoenix Rotary Club and all money raised will be split between the two charity's with the Rotary Club donating theirs to the Wiltshire Air Ambulance.

After meeting at 10am we had an hour before the race started so Stuart treated his fellow GoodGym'ers Andrew, David and Hannah to a nice hot cup of tea in the Forest Cafe where we met up with some more GoodGym'ers who were taking part in the event. Teas done and bellies warm it was time to get into position along the course before the run started at 11am. Two hours later with plenty of cheers along the way the final two walkers in their reindeer onesies had crossed the finish line and got a nice medal to show for it.

Our next Community Mission is on Saturday 14th December; please check it out here and here and sign up if you are free that day. We really need your help here!

Well done Andrew; I knew you could do this 👊!